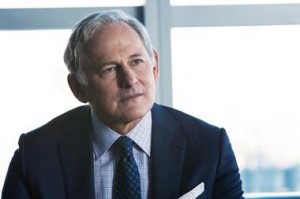 Starz has announced that Tony nominee Victor Garber (Alias) and Lost alum Sonya Walger have joined the cast of upcoming crime drama Power. Garber is set to recur as renowned club owner Simon Stern, a man living an enviably extravagant lifestyle, while Walger will play his wife Madeline, who has gotten used to the type of goods and services her husband’s success affords her.

From The Good Wife‘s Courtney Kemp Agboh, Power tells the story of club owner James “Ghost” St. Patrick (Omari Hardwick) and the dreams that he has of one day owning a Fortune 500 company. He seems to be doing everything right – he has a beautiful, loyal wife whom he loves dearly; his club has become successful beyond what even he could have expected; and he’s made the type of connections in and around New York City that will serve him well in the future. However, what most don’t know about Ghost is that the club is a front for one of the city’s most lucrative drug networks, something that Ghost wants to change when he decides to get out of the business and go legit. But when so many people’s livelihoods depend on the club being fully operational, will it be that easy to leave?

In addition to his role on the ABC spy drama, Garber has appeared on the likes of Deception, Web Therapy, and Sleepy Hollow, while Walger’s television credits include Tell Me You Love Me, Common Law, and Parenthood. They join a cast that includes the likes of Naturi Naughton (The Client List), Kathrine Narducci (The Sopranos), and Adam Huss (Femme Fatales).

Power is set to premiere sometime this summer on Starz. You can check out a teaser for the series here.

Will you be watching Power? Are you excited to see Garber and Walger back on television? How does the show look from the various teases Starz has released?