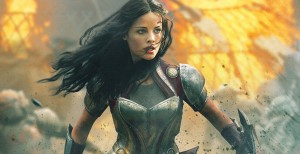 ABC has become the latest network to announce its finale dates for the 2013-2014 season. The network’s slow descent into the doldrums of summer begins Thursday, April 3rd with the season (and likely series) finale of Once Upon a Time in Wonderland; Wonderland is one of three ABC shows that will conclude before the beginning of May sweeps, as The Neighbors concludes its second season on Friday, April 11th and Scandal will end its third season Thursday, April 17th following a cut episode order. Otherwise, it’s a pretty standard staggered schedule, no night concluding all at once and most of the finales concentrated in the second week of May. Of note, there was no finale dates released for Mind Games, while The Middle and Once Upon a Time were bestowed extended finales.

You can check out a full list of ABC’s season finales below.

Which ABC finale are you most looking forward to? Do you think we’ll see any surprise renewals when the network releases its schedule in May? What do you think will happen during the extended Once Upon a Time finale?

Thursday, April 3rd
8:00 Once Upon a Time in Wonderland