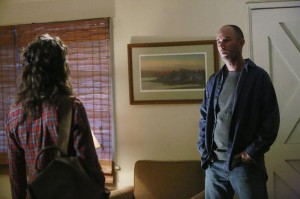 ABC Family has announced when to expect the next seasons of Pretty Little Liars, Switched at Birth, and The Fosters, as well as when new series Chasing Life, Mystery Girls, and Young & Hungry will premiere.

On Tuesday, June 10th, the fifth season of Pretty Little Liars premieres at 8:00, with new drama Chasing Life to follow at 9:00. The series, which already received a back order and will have a 20-episode first season, follows April (Italia Ricci), an ambitious 20-something journalist whose life is looking up. She’s got the career that she wants; she has an excellent relationship with her family; and she’s formed a connection with a co-worker that could turn into something special. However, the life path that she had in mind becomes all the more twisty when she learns that she has cancer from her oncologist uncle. In addition to Ricci, Chasing Life stars Mary Paige Keller, Rebecca Schull, Richard Brancatisano, Steven Weber, and Scott Michael Foster.

Monday, June 16th will see the return of Switched at Birth at 8:00 and the second season premiere of The Fosters at 9:00. The former will pick up the day after the events of the winter finale, with Kathryn dealing with the reality of being a herotica novelist and Regina feeling torn between her old neighborhood and her new life, while the latter finds Callie and Jude adjusting to their new roles in the family.

The network will be premiering two new comedies this summer in Young & Hungry and Mystery Girls. The former, to debut Wednesday, June 25th at 8:00, follows Gabi (Emily Osment), a food blogger who becomes the personal chef of wealthy young entrepreneur Josh (Jonathan Sadowski). The series also stars Rex Lee, Aimee Carrero, and Kym Whitley. At 8:30 will be Mystery Girls, the tale of two former TV detectives brought back together by a real life mystery. Starring on Mystery Girls will be Tori Spelling as Holly, a starlet longing for her glory days; Jennie Garth as Charlie, a suburban wife and mother who has put her days of fame behind her; and Miguel Pinzon as Nick, a Mystery Girls super fan who witnesses a crime and will only speak to Holly and Charlie.

Do you think Twisted‘s absence from the summer schedule is a sign of cancellation? Will you be watching either Young & Hungry or Mystery Girls? Is Chasing Life going to be a good fit behind Pretty Little Liars?