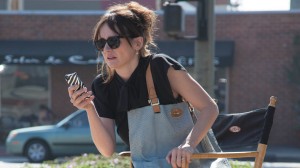 HBO has released the first trailer for upcoming comedy Doll and Em. Starring Dolly Wells and Emily Mortimer, the series tells the story of an actress who hires her best friend as her personal assistant and the impact that the change in their dynamic has on their relationship as a whole. The series, which is receiving an unusual-for-premium-cable Wednesday double-episode launch, is one of several new additions to the HBO lineup in 2014; having already introduced True Detective and Looking, the network will premiere Mike Judge tech comedy Silicon Valley in April and Damon Lindelof’s The Leftovers in June.

Listed below are the dates, titles, times, descriptions, and encore information for the first four episodes of Doll & Em.

The series premiere of Doll and Em is set to air Wednesday, March 19th at 10:00 on HBO.