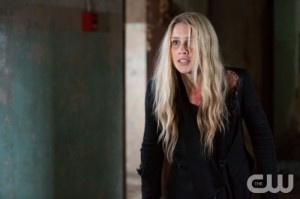 Even though she doesn’t exactly have a great relationship with her brother, Rebekah needs to be on good enough terms with Klaus to be able to survive in New Orleans. Since he’s risen to become the King of New Orleans, there’s no way she could live anything resembling a healthy or happy life without having him leering over her shoulder, especially when Klaus has made it clear that he doesn’t want Rebekah to separate herself too much from him and Elijah. For centuries, he’s held her tightly in the palm of his hand and Rebekah has continually allowed him to crush her spirit, but while she has every reason to want to hurt him physically and emotionally, the one major weapon that she has – the secret that she shares with Marcel from 1919 – cannot be deployed.

On the next episode of The Originals, Rebekah finds herself held in a sanatorium that was home to legions of influenza victims during the epidemic of 1919. Celeste and Genevieve, Rebekah’s captors, are especially determined to unearth the secret that Rebekah has been keeping for the past century, a way of obliterating whatever bond remains between the Originals. While the family of vampires may be immortal, there are things that their enemies can do to destroy them here on Earth and if Klaus gets wind of what Rebekah did back then, and the fact that she’s kept a secret this huge from him for this long, there will be hell to pay, the likes of which that would make her time in the coffin with a dagger in her chest look like child’s play.

Elsewhere on The Originals, Elijah struggles with the ramifications of his choosing Hayley over Rebekah and Klaus, while Marcel might have the information necessary to rescue the Originals – only it will likely result in costly collateral damage.

What about Rebekah’s past could be so damaging that she’s this tortured at the thought of Klaus finding out? Will Elijah be able to live with himself for choosing Hayley over his siblings? How much collateral damage will be incurred by Marcel using his information to save Rebekah and Klaus?