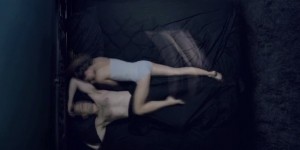 On their good days, Philip and Elizabeth Jennings complement each other greatly, with his pragmatic, cautious approach to their occupation balances her fire, boldness, and willingness to make a decision. However, on their bad days, the differences between the two often clash, Philip becoming annoyed at Elizabeth not always thinking things through and Elizabeth wishing that Philip was able to be the leader that she wishes he was. More importantly, though, is the issue of their safety, both in terms of their cover and their physical well-being; if Philip and Elizabeth are at odds or Elizabeth makes a move that’s too bold or too early, there’s a high possibility that everything they’ve worked for could all be for nothing, but are the two going to be able to get on the same page for the sake of their occupation, lives, and children? Or are the issues and ideologies that divide them too cavernous to be able to overcome?

Listed below are the dates, titles, and descriptions of the first four episodes of the second season of The Americans.

Wednesday, February 26th – “Comrades”
Elizabeth comes back from her injury and straight into what should have been a routine mission – but it goes awry, leaving her and Philip in fear not only for themselves but for their whole network… and family. Paige’s suspicions have only grown in her mother’s absence. Meanwhile, Stan continues to fall for the Russian agent who has started to play him.

Wednesday, March 5th – “Cardinal”
As Philip investigates the fallout from the last operation, Elizabeth sticks close to home, concerned for her family until she gets a mysterious distress signal. Meanwhile, a walk-in arrives at the Rezidentura – providing both Nina and Stan with unique opportunities.

Wednesday, March 12th – “The Walk In”
Philip and Elizabeth complete their next mission – but not without complications – and Philip’s fears about Elizabeth’s readiness for action deepen. Stan tracks the KGB walk-in which leads to much praise at work and a deepening of his attachment to, and dependence on, Nina. Meanwhile, Paige snoops into her mother’s family background and Oleg begins to scrutinize Nina’s secret operation.

Wednesday, March 19th – “A Little Night Music”
Just when Philip and Elizabeth think they have a quiet road ahead, an old friend returns to complicate things. Not only do they have to intercept a target who could prove valuable to the Soviet Union, but they also have to take on an important rogue mission without the support of the Centre. Divisions inside the Rezidentura deepen between Oleg and Arkady and there’s an upheaval at the FBI as the chickens come home to roost for Agent Gaad. Meanwhile, Martha’s frustrations threaten to blow Philip’s cover.

The second season of The Americans premieres Wednesday, February 26th at 10:00 on FX.

Will you be watching The Americans this season? Is Elizabeth’s marriage to Philip fundamentally broken at this point? What will Paige find when she begins snooping into her mother’s background?