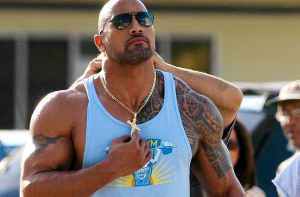 For its third new series order this week, HBO has picked up Dwayne Johnson football comedy Ballers, according to The Hollywood Reporter. The series, created by Stephen Levinson (Entourage) and produced by the likes of Mark Wahlberg (Boardwalk Empire) and Peter Berg (Friday Night Lights), follows a group of former and current football players living in Miami.

Ballers follows the series orders for political comedy The Brink and an American remake of British conspiracy thriller Utopia, both of which occurred earlier this week. HBO is in something of a transitional period at the moment and the flux of orders will go a ways toward replacing the likes of Boardwalk Empire, The Newsroom, and True Blood, all of whom will be signing off this year. Couple those losses with the conclusions of Treme, Ja’mie: Private School Girl, Family Tree, and Hello Ladies and HBO will be replacing a lot of programming over the next year or so. The network has already premiered two new series this year in crime drama True Detective and gay-themed dramedy Looking, with tech comedy Silicon Valley and Damon Lindelof drama The Leftovers still to come in 2014.

Purported to be broader skewing than some of its recent comedies, Ballers seems like it would be penciled in for a fall 2015 launch, assuming HBO opts against squeezing comedies in at the end of 2014 like it did with Getting On and Ja’mie: Private School Girl in 2013. With it being broad enough to help a completely revamped fall lineup, airing during a time when America is enraptured by the National Football League, and featuring an immensely charismatic lead in Johnson, the show would be a good building block for the next generation of HBO. After making decisions on all of its comedy pilots, the network will now turn to its fleet of drama pilots, including the likes of Ryan Murphy’s Open and David Milch’s The Money, to see what could be their next great fall drama, provided genre-leaning Utopia gets paired with similarly skewing The Leftovers as expected.

Do you think Ballers will bring a broader comedy audience to HBO? Where should the network slot the show during its first season? Can Johnson successfully transition from a lucrative career in film into the world of television?