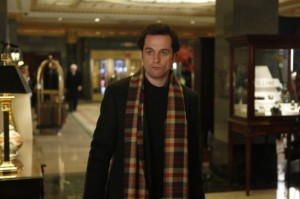 Amazon has announced a deal with Twentieth Century Fox Television Distribution that will bring critically acclaimed FX espionage drama The Americans to Prime Instant Video, where it will make its streaming debut weeks ahead of its second season premiere.

“The Americans is simply an exceptional television drama that delivers riveting storylines and outstanding performances,” said Brad Beale, Director of Digital Video Content Acquisition for Amazon. “We are excited to bring this great series to Prime Instant Video. The Americans is a welcome addition to our growing lineup of exclusive content and we know that Prime members will love catching up on season one in advance of the new season.”

Also as a part of the deal, How I Met Your Mother, It’s Always Sunny in Philadelphia, The League, Louie, and Archer will be available for streaming on Prime Instant Video beginning next month. Prime Instant Video already holds the exclusive streaming rights to the likes of Downton Abbey, Mr. Selfridge, Under the Dome, and Extant, while the streaming service also features past seasons of Grimm, Justified, and Vikings. Yesterday, Amazon unveiled its next slate of pilots in contention for a series order, all of which can be watched and voted on here.

The second season of The Americans is set to premiere Wednesday, February 26th at 10:00 on FX. Since the series received a second season order less for its marginal live ratings and more for its buzz and mighty DVR numbers, having it available for streaming could allow it to solidify itself as a channel mainstay and something that will last as long as its creators and stars want it to, similar to the way Justified decided to conclude after its sixth season next year.

Will you be catching up on The Americans through Prime Instant Video? Should the show have been made available for streaming earlier? What do you think will happen during the second season of the show?