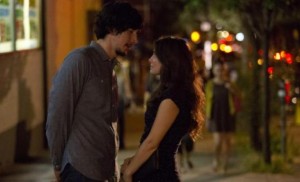 Lifetime has picked hour-long dark comedy Un-Real up to series with a 10-episode first season order. Created by Marti Noxon (Buffy the Vampire Slayer), the series tells the story of Rachel (Shiri Appleby), a young staffer at a reality dating competition show in charge of manipulating the relationships among the contestants to produce drama. Sarah Gertrude Shapiro, whose short film Sequin Raze was the inspiration for Un-Real, co-wrote the pilot with Noxon, while Roger Kumble (Cruel Intentions) directed the first episode.

“Un-Real is unlike anything that exists on television today,” Rob Sharenow, Executive Vice President and General Manager of Lifetime, said.  “It’s premium and original on every level, and we’re thrilled that Marti Noxon and Sarah Gertrude Shapiro’s unique series will be Lifetime’s first program produced by A+E Studios.”

Un-Real marks the latest original scripted series for Lifetime, which underwent a changing of the guard during 2013 with the cancellations of Army Wives and The Client List and the renewals of freshman series Witches of East End and Devious Maids. The show will likely end up as the most comedic scripted series on the network, though it won’t be the only Lifetime drama with a comedic element, as Maids, Witches, and Drop Dead Diva all have a certain amount of humor to them.

In addition to Appleby, Un-Real stars Megyn Price (Rules of Engagement) as the executive producer of the series; Freddie Stroma (Harry Potter and the Deathly Hallows: Part 2) as the show’s handsome bachelor Adam; Johanna Braddy (Hit the Floor) as Anna, a contestant looking to land a husband; and Josh Kelly (One Life to Live) as Rachel’s cameraman ex.

Will you be watching Un-Real? Do you think the show will have anything new to say about reality television? Can something that leans more comedic work on a drama-heavy network like Lifetime?