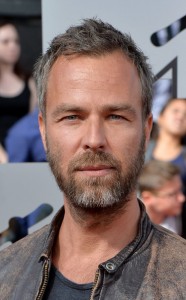 Deadline is reporting that JR Bourne (Teen Wolf) and Hell on Wheels alum Siobhan Williams have joined the cast of upcoming Lifetime drama Un-Real. The series, based on award-winning short Sequin Raze and developed for television by Marti Noxon (Buffy the Vampire Slayer), follows a young staffer (Shiri Appleby) at a reality-dating competition series. Her job? To manipulate relationships within the show in order to heighten drama and produce the most exciting television she can.

Bourne is set to play the former lover of the show’s executive producer, an addict who managed to clean up his act and who now runs a surf charter company. Meanwhile, Williams will portray Lizzie, the new makeup girl at the show. They join a cast that includes the likes of Craig Bierko (Sex and the City) as Chet, the self-indulgent, pompous series creator who’s carrying on an affair with his executive producer (Constance Zimmer); Josh Kelly (One Life to Live) as one of the show’s cameramen; Johanna Braddy (Shameless) as a contestant eager to land a husband; and Breeda Wool (Betas) as a vulnerable tomboy from the South.

In addition to his current role on the MTV genre drama, Bourne has appeared on Revenge, The Secret Circle, and Fringe, while Williams’s television credits include stints on Black Box, Level Up, and Heartland.

It’s as yet unclear whether Un-Real will premiere this fall or be held for early 2015. Should the series premiere this year, it will be the network’s second new series to come along in 2014 following the debut of conspiracy thriller The Lottery. The network has been busy scooping up new dramas following the cancellation of Army Wives, Drop Dead Diva, and The Client List, as historical drama The Clan of the Cave Bear is set to premiere sometime next year, as well.

Will you be watching Un-Real? Do you think a show with this concept can appeal to Lifetime audiences? Where and when do you think Lifetime should air Un-Real?