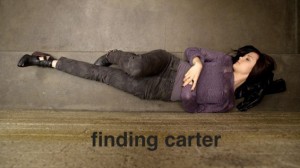 According to The Hollywood Reporter, MTV has picked original scripted drama Finding Carter up to series. Created by Emily Silver (Bones), the series follows Carter (Kathryn Prescott), a seemingly normal teenage girl who has the perfect life – good grades, strong relationship with her single mother, an active social life. That is, until she finds out that the mother she thought she knew abducted her as a toddler. Now she’s forced to deal with having new parents, a twin sister, and the possibility that the only mother she ever knew is gone forever.

Finding Carter will now join Teen Wolf as the only scripted dramas on MTV, which has sought to expand its scripted presence in recent years to poor results. While the network has found hits in Awkward and Teen Wolf, there have been several misses, including remakes of Skins and The Inbetweeners, docu-comedy Zach Stone is Gonna Be Famous, and high school comedy The Hard Times of RJ Berger. The premise of Finding Carter is definitely big and bold enough to garner the type of attention that could lead to strong sampling, but it doesn’t immediately sound like something that will resonate with MTV audiences. However, it might be just different and distinct enough, in the same way that Awkward and Teen Wolf were, to where it stands out for the right reasons and finds an audience.

In addition to Prescott, Finding Carter will star Cynthia Watros (Lost), Alexis Denisof (Angel), Meredith Baxter (Family Ties), Milena Govich (Law & Order), and Zac Pullam (Post Fracas). The network recently ordered comedies Fakin’ It and Happyland to series, while dramas Scream and Eye Candy remain in the mix for a pickup in the near future. Reportedly, Scream, based on the popular horror series of the same name, has yet to begin casting.

Will you be watching Finding Carter? Do you think a series with a premise like this can find an audience on MTV? When will the network find a second drama series that will stick?