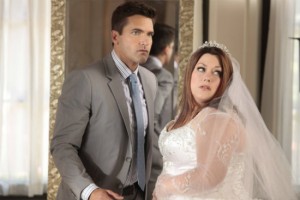 Nominations for the 2014 GLAAD Media Awards have been announced and on the television side, the wealth was well-spread, with ABC, ABC Family, BBC America, FOX, and Pivot all having two of their series recognized. Newcomers to the nominations included The Fosters, Orphan Black, and Orange is the New Black, while Behind the Candelabra continued its remarkable awards streak by getting a nomination for Outstanding TV Movie or Mini-Series and the likes of Small Town Security, Drop Dead, Diva, and Oprah’s Next Chapter kept their nominations from last year’s ceremony. The GLAAD Media Awards honor films, television shows, musicians, and works of journalism that fairly and accurately represent the LGBT community and issues relevant to the community.

You can check out a full list of nominees for the 2014 GLAAD Media Awards here. The awards will be handed out April 12th at The Beverly Hilton and in New York on May 3rd at the Waldorf Astoria New York.

What do you think about the nominees for the GLAAD Media Awards? Were there any notable snubs? Who will win for Outstanding Drama and Outstanding Comedy?