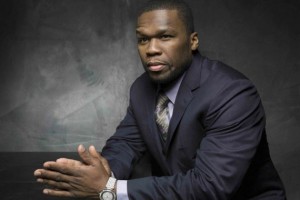 Starz has released the first teaser for upcoming crime drama Power, created by The Good Wife‘s Courtney Kemp Agboh. Set to executive producer 50 Cent’s “Disco Inferno,” the teaser highlights the disparity in the life of protagonist James “Ghost” St. Patrick (Omari Hardwick), who seems to have it all. At first glance, the nightclub owner has everything he ever wanted – a loving wife; a gorgeous Manhattan penthouse; the capital necessary for his dreams of running a Fortune 500 company to be possible. However, what Ghost is hiding from select members of his normal life is that he’s the head of a lucrative drug network that uses his club as a front.

After years of building himself up, though, Ghost is ready to leave the criminal life behind in favor of actively pursuing his goals of being a high-powered executives, the likes of whom he serves at his club. Going legit won’t be easy with so many dangerous, well-connected people relying on the drug business he’s led to prominence and though Ghost may have people whose hands he trusts the network in, he might not be able to leave, since they would always worry about him turning on them if his back was against the wall and he became connected to any type of criminal behavior. Can Ghost find a way to separate himself from the life he once lived in order to live the life he always wanted?

Power is set to premiere sometime this summer on Starz. It’ll be the second series premiere on the network this year following pirate drama Black Sails, which kicks off its run this coming Saturday.

Will you be watching Power? What do you think about the first teaser for the show? Is Ghost ever going to pull himself fully away from the drug business?