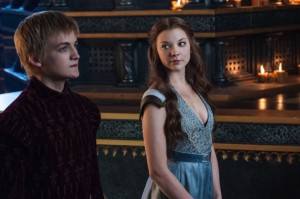 HBO has confirmed that Game of Thrones and Veep will be returning for their fourth and third seasons, respectively, on Sunday, April 6th, the same night that new comedy Silicon Valley is set to make its debut.

While the fourth season of Game of Thrones, whose first trailer will debut this Sunday, is set to adapt the second half of A Storm of Swords, the third novel in George R. R. Martin’s A Song of Ice and Fire novel series, the third season of Veep will follow Vice President Selina Meyer on the campaign trail as she looks to stir up the beginnings of a presidential run. From creator Mike Judge, Silicon Valley is said to take a look at the modern-day epicenter for the tech gold rush – the South Bay portion of the San Francisco Bay Area. The cast will include the likes of Thomas Middleditch, TJ Miller, Zach Woods, Kumail Nanjiani, Martin Starr, Josh Brener, Christopher Evan Welch, and Amanda Crew.

This is the third straight lineup change for HBO’s spring lineup, which saw consisted of Thrones, Girls, and Veep in 2012 and Thrones, Veep, and Family Tree in 2013. Though no formal decision about the fate of Christopher Guest comedy Family Tree has been announced by HBO, cast member Nina Conti has mentioned in interviews that the show won’t be returning.

Elsewhere on HBO, acclaimed newsmagazine Vice will be returning for its second season on Friday, March 14th at 11:00. Stories covered during the first season, which concluded this past summer, included political assassinations in the Philippines, the economic crisis in Europe, and treating heroin with hallucinogens in Mexico.

Will you be watching Game of Thrones, Veep, and/or Silicon Valley? Do you think the night sounds like it has a decent flow to it? What do you hope to see happen during the fourth season of Game of Thrones?