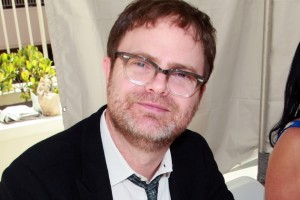 FOX has announced that it has picked up Hart Hanson-created character procedural Backstrom to series with a 13-episode order.

“Hart Hanson and Rainn Wilson are the perfect combination of creative vision and on-screen talent to bring this one-of-a-kind character and story like Backstrom to FOX. “I’ve been in business with Hart for a long time, and not only does he have a rare gift for infusing darker themes with relatable humor, he’s one of the best showrunners out there today. Together with Rainn – who absolutely nails this role and makes it a classic FOX character – I think we’ve got something really special here,” said Kevin Reilly, Chairman of Entertainment, Fox Broadcasting Company.

The series stars Wilson as an irascible Portland detective who tries to change his self-destructive behavior and leads the Serious Crime Unit as they investigate the city’s most sensitive cases. Last season, the show was in contention for CBS before the network ultimately passed on it this past May. The entire cast of the original pilot, which included the likes of Page Kennedy, Kristoffer Polaha, and Dennis Haysbert, is said to be moving forward bar Mamie Gummer, whose character is said to be tweaked and will thus be recast. Hanson is said to be taking the reins on Backstrom, with Bones executive producer Stephen Nathan assuming showrunner duties on the long-running procedural.

This is the third drama that FOX has ordered straight-to-series for next season, following in the footsteps of genre series Gotham and Hieroglyph. In addition, the network has ordered animated comedy Bordertown and a Matt Hubbard/Tina Fey comedy for 2014-2015, all of which have been in an attempt to cut down on the inefficiency of pilot season.

Will you be watching Backstrom? Where do you think the network should air the show next season? Is FOX’s strategy of ordering shows straight-to-series going to backfire?