HBO is set to air documentary The Education of Mohammad Hussein tonight at 9:00. Directed by Heidi Ewing (Jesus Camp) and Rachel Grady (The Boys of Baraka), the International Documentary Association Award nominee centers on Al-Ikhlas, a traditional Islamic school in a Muslim community in Detroit. The neighborhood gets an unwelcome visitor in the form of notorious Quran-burning pastor Terry Jones, who spends the next year organizing anti-Muslim demonstrations and spreading the hateful rhetoric that has garnered him nationwide attention. In 2011, Jones was listed by the Southern Poverty Law Center as one of the Anti-Muslim Inner Circle, a group of 10 individuals who have tirelessly worked to stoke the anger surrounding the supposed threat of the Muslim community and promote propaganda meant to keep Muslims from achieving true equality in a post-9/11 world.

The Education of Mohammad Hussein promises to showcase a community struggling to survive and thrive in a world whose primary objectives of social justice, religious tolerance, and civil rights for all have gone unmet. Additionally, it will explore the institutionalized xenophobia that Muslims have been dealing with for the past decade through the school’s interactions with Jones, as the path toward the ideals of tolerance, acceptance, and justice is surrounded by red tape that shows no real signs of being cut down in the near future.

You can check out key art, as well as a preview for The Education of Mohammad Hussein below.

Will you be watching The Education of Mohammad Hussein? What do you expect to learn from the documentary that you didn’t already know? Is there a topic you’d like to see HBO Docs cover that they haven’t already? 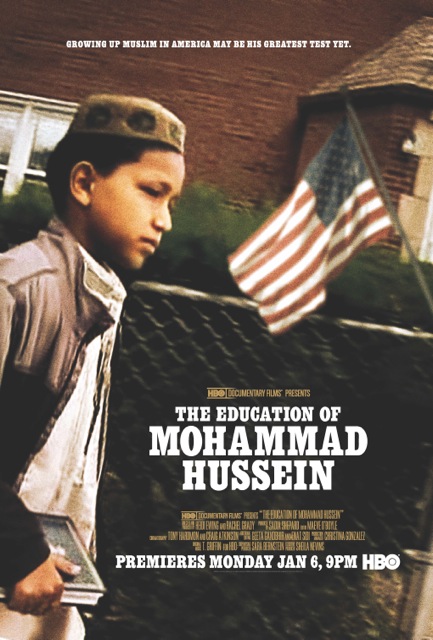