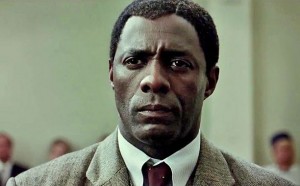 Oprah Winfrey Network (OWN) has attained the network television rights for Mandela: Long Walk to Freedom, a film by Weinstein Co. The network has declared that it will be premiering the most awaited autobiographical film, based on Nelson Mandela’s life in the year 2017.

The film has been directed by Justin Chadwick, which is based on the autobiography released back in the year 1996 by the Long Walk to Freedom. The memoir follows the life of the late South African leader, Nelson Mandela, entailing his early life, education and around those 30 years he spent in prison prior to becoming president and transforming the face of the once segregated strata of society. In the movie, Idris Elba has beautifully portrayed the character of Nelson Mandela, who passed away on December 5; he was 95, whereas, Winnie Mandela, his wife’s character has been played by actress Naomie Harris.

OWN is extremely proud and honored to have got the opportunity to premiere this influential piece of work through their network. The President of the network, Erik Logan stated that Oprah has always been immensely inspired by Mandela and always saw a hero in him. He further said that showcasing Mandela’s life story, which is full of compassion and redemption is going to be a present, not only for the people who knew him but also to the entire world.

To this, Co-Chairman of the Weinstein Co., Harvey Weinstein added that its indeed a pleasure for the company that the film will be showcased on Oprah Winfrey Network and that no platform would’ve been better but them to ensure that the memoir of Nelson Mandela is treasured and honored in the times to come.

Mandela: Long Walk to Freedom opened in November 2013 and till date has had a gross collection of $4.7 million at the box office. The film’s original track “Ordinary Love” by U2 has earned a nomination in the Golden Globe and Critics Choice Movie Award for the category of best original song.

Have you checked out the trailer of Mandela: Long Walk to Freedom?