Every season, the NHL offers an outdoor game on New Years Day as an event to draw casual hockey fans and gain some of the headlines it doesn’t generate during the season. While the five previous games have been fairly competitive and averaged nearly 47,000 in attendance, 2014’s match up is only the second to feature members of the famed Original Six, as the Detroit Red Wings will be taking on the Toronto Maple Leafs.

HBO will be using the lead up to the game, to be held in Ann Arbor’s Michigan Stadium, as fodder for its critically acclaimed 24/7 series, with 24/7 – Road to the NHL Winter Classic scheduled to premiere Saturday, December 14th at 10:00. Over the course of four episodes, the show will chronicle the preparation that each team goes through for the game, documenting the highs and lows associated with training for such a highly publicized event for their sport. While the second and third episodes will air on December 21st and 28th, the final episode isn’t set to air until three days following the game, but cameras will be at the stadium to film the action that happens both on and off the ice. 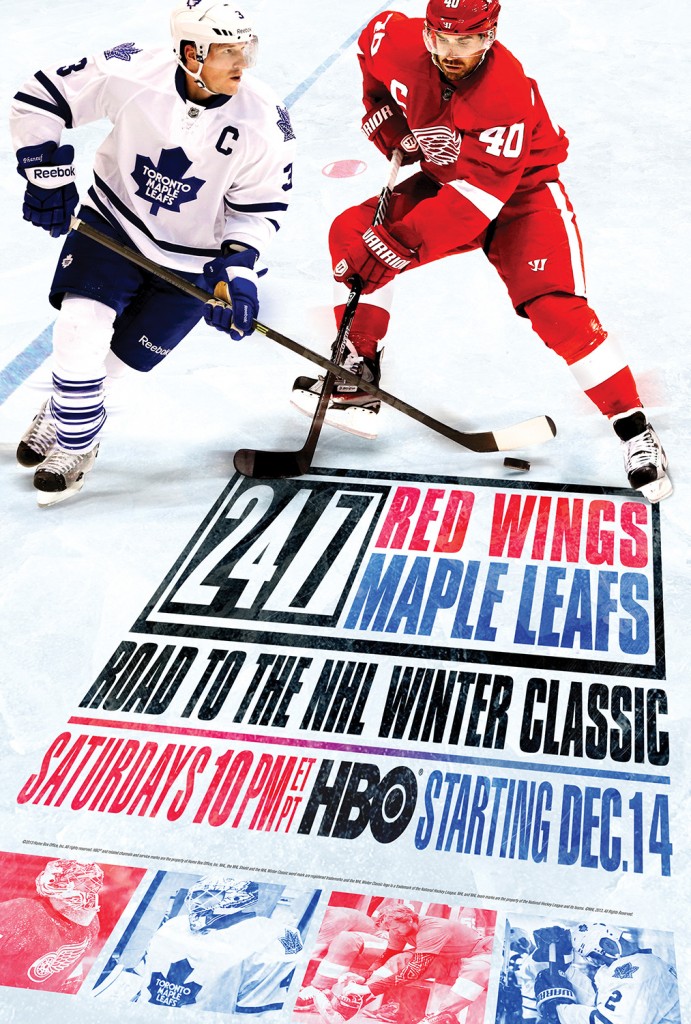