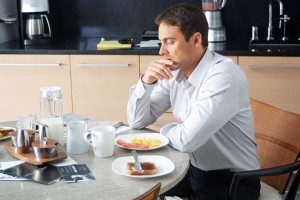 After a chance meeting, photographer Sara Hanley and attorney Jack McAllister are unsure of how to react, as they’ve finally found the passion and connection that they’re missing from their current marriages. For years, the two have tried to make it work with their spouses, but things just aren’t how they would like them and there’s no sign of improvement on the horizon; Sara’s politically-focused husband has eyes only for his professional future, while Jack has felt a tremendous distance growing between him and his wife, a distance he has no idea how to close. Things get complicated by the fact that Jack will be facing off with Sara’s attorney husband in a high-profile court case that will bring about some major media attention, thus magnifying the spotlight on the private lives of each attorney. Will they be able to fight their feelings for one another and keep their distance? Or is their attraction going to prove to be too strong to hold off?

Listed below are the dates, titles, and descriptions of the first three episodes of Betrayal.

Sunday, September 29th – “Pilot”
In the premiere episode, “Pilot,” a chance meeting between Sara Hanley (Hannah Ware), a professional photographer, and Jack McAllister (Stuart Townsend), a top attorney, leads to an instant and undeniable attraction. Sara’s husband, Drew Stafford (Chris Johnson), is a successful prosecutor with political aspirations, and the couple has a seven-year-old, Oliver. Unbeknownst to Sara, Jack is in-house counsel to a powerful but somewhat shady entrepreneur, Thatcher Karsten (James Cromwell), and is married to Thatcher’s daughter, Elaine (Wendy Moniz). Sara and Jack both realize something is missing in their marriages, and fight against the realization that they’ve met their soul mates in one another.

As Sara and Jack struggle with their feelings and their guilt about their families, Thatcher’s brother-in-law, Lou, is murdered, and all evidence points to Thatcher’s mentally challenged son, T.J. (Henry Thomas). Sara discovers she’s in the middle of a nightmare when she learns that Drew will be the prosecuting attorney in this high-profile murder case, which can secure his political future, and that Jack will be the lawyer for the defense. The lovers find themselves in an impossible situation – on opposite sides of a murder investigation.

Sunday, October 6th – “…Except When a Bear is Chasing You”
Still reeling from the discovery of who Jack really is, Sara decides to recommit herself to her marriage. Meanwhile, Jack comes face to face with Sara’s husband, Drew, in the murder investigation that has shaken the Karsten family to its core.

Sunday, October 13th – “If You Want the Fruit…”
Hot, heart-racing fantasies throw Sara off balance as she attempts to resist the powerful pull of her affair with Jack. As Drew tries to get to the bottom of Lou’s murder, he has a heated face off against Jack in court for T.J.’s bail hearing. Reeling from her husband’s death, Connie fears for her own life, and with good reason. Meanwhile, Thatcher tangles with Jack about past recriminations and guilt surrounding T.J.’s car accident years ago.

Will you be watching Betrayal? Is Sara going to be able to keep herself from seeing Jack? If T.J. didn’t kill Lou, who did?