Lifetime has released teaser art for upcoming supernatural family drama Witches of East End, based on the novel of the same name by Melissa de la Cruz. The photo, an exclusive with Entertainment Weekly, uses the tagline “The Witching Hour is Coming”, which can be taken in one of two ways.

Joanna Beauchamp (Julia Ormond) has granted her daughters Freya, a wild-child bartender, and Ingrid, a conservative librarian, a magical birthright that she has yet to make known to them. The trio of women are witches and only Joanna is keen to this fact, but once strange things start happening to her daughters, her hand is forced and she has to reveal who (and what) they truly are in order to get everything under control. Also pressing matters is the fact that Joanna’s sister Wendy has brought news of a threat to the entire family, one that could change their fates forever if not handled immediately. As much as Joanna would have liked to keep her daughters sheltered from their true identities for good, protecting them from the responsibilities of being a witch and the power that has sunk many, she has to have their help in combating this mysterious threat and keeping their family, and current way of life, as stable and safe as possible. But how will Freya and Ingrid react to the news that their mother has been lying to them all of their lives?

Will you be watching Witches of East End? What do you think about the video preview and teaser art? Can the show break out of what will be a crowded fall crop of shows and give Lifetime its second scripted hit in a row? 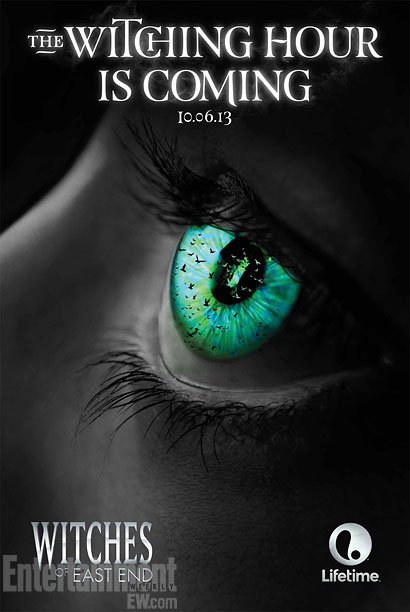