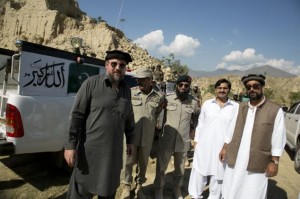 HBO has renewed newsmagazine VICE for a second season, which will consist of 14 episodes and debut sometime in 2014. Season one will air the last of its 10 episodes, an extended order from the original eight episodes, on June 14th when the VICE team (founders Shane Smith and Suroosh Alvi, as well as segment hosts Ryan Duffy and Thomas Morton) visits North Korea. The show has ranged in topic this season from underground heroin clinics to teachers with weapons, political assassinations in the Philippines, and the rise of street gangs and gun violence in Chicago.

“I honestly don’t think there is another network in the world that would have given us the opportunity and support that HBO did over the last year,” observes VICE host Shane Smith. “We learned a lot over the course of shooting season one, and are insanely excited over our story selection for season two. Now that our various parasites, hernias and virulent rashes have been treated, we are ready in mind and in body to go out there and get the gold.”

VICE airs Fridays at 11:00 on HBO. The show has aired along with Real Time with Bill Maher since its April 5th debut. You can check out a preview of the season finale below.

Have you been watching VICE this season? What type of topics would you like to see the show cover during its second season? Are you looking forward to the North Korea episode?