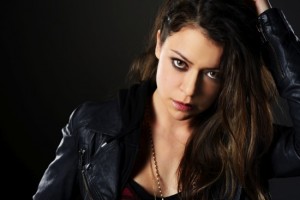 Sarah has never let herself trust Paul. Whether it be due to her lone wolf tendencies or history of having to protect herself, particularly from men, she may get intimate with Beth’s boyfriend, but that’s only to maintain appearances and keep her cover from being blown. There are too many other dangers, real dangers, that are threatening her life, sanity, and identity as we speak, so Paul is a factor that she can (mostly) control and not have to worry. However, on the next episode of Orphan Black, the more information she finds out about the origins of the Orphans and what their purpose here on Earth is, the more her mind turns to Paul being culpable.

What Sarah found out is that the clones might be a part of a sinister ongoing experiment, which she thinks Paul either has a major hand in or information on. However, in the midst of her investigation into the one she shares her bed with, she finds that he’s doing his own searching – into her. While Sarah’s done an admirable job assuming the life of Elizabeth Childs, she’s not been perfect and Paul’s noticed that his girlfriend has underwent changes in recent weeks, changes that he can’t quite explain. Thus far, he’s chalked them up to PTSD from the Maggie Chen shooting and stress from the ensuing fallout, but he can’t do that forever, not when there’s something not quite right about Beth. Just how close will he get to the truth before Sarah finds a way to send his investigation in another direction?

Elsewhere on Orphan Black, Alison’s paranoia has gotten out of control, as she has an encounter with Vic and accuses her husband of hiding something from her. But could he have a part in the creation (and exploitation) of the clones?

Do you think that Paul is a part of the grand experiment involving the Orphans? When do you think we’ll see Helena again, now that she was kidnapped by the mysterious man in the van? Is Alison right to be paranoid now that truths are coming out about her origins?