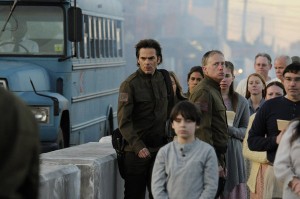 NBC has given the go-ahead to new seasons for five of its successful dramas (supernatural procedural Grimm, family ensemble Parenthood, Dick Wolf’s Chicago Fire, genre offering Revolution, and network stalwart Law & Order: SVU), all of whom will have 22 episodes in the 2013-14 season.

“On the verge of our 2013 fall scheduling decisions, we’re pleased to renew five drama series that will be important to our new season line-up,” Jennifer Salke, president of NBC Entertainment, said. “We’re proud and very appreciative of all of the actors, producers, writers and directors who work so hard to deliver such high-quality work week in and week out. These complex shows represent a broad range of genres and tones, and all of them stand out for us in a television landscape now filled with one-hour series. We’re especially pleased to be renewing Revolution and Chicago Fire — two first-season successes — and there will be more returning series announcements made in the next couple of weeks.”

None of the renewals are surprises, as NBC has been much stronger this season with their dramas than their comedies, even scoring the two aforementioned freshman successes in Revolution and Chicago Fire. While Grimm continues to put up solid numbers on Fridays, solid enough to get a Tuesday tryout following the demise of Ready for Love, Parenthood has only continued to rise in its Tuesdays at 10:00 slot, the next season (its fifth) being an upgrade from the 18 episodes it had two seasons ago and 15 this season. Meanwhile, Law & Order: SVU has proved to be a solid performer for the network, launching Chicago Fire and giving NBC a strong utility player capable of handling a tough Wednesday time slot.

The only non-canceled/ending dramas that NBC didn’t extend a renewal to are mystery Deception, which is unlikely to return, and Bryan Fuller’s Hannibal, coming off another steep drop in the ratings last night.

NBC will be the first network to reveal its 2013-2014 schedule, having its upfront presentation the morning of Monday, May 13th.

Are you glad that Parenthood will have a full season for once? Do you think that Grimm should be used during the week rather than saved for Fridays? Is Chicago Fire strong enough to move away from SVU and be put to use elsewhere?