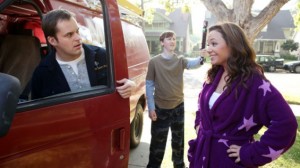 Jack Shea is used to being the family screw up. For years, he’s tried to get his career off the ground and every time, without fail, something happens that leaves him back at square one. Once disappointed at their child’s inability to gain traction professionally, his parents have come to expect the blows ups, miscues, and bad ideas – that’s just Jack, right? However, coming up on Family Tools, the Shea family will have to rely on Jack to turn his luck around by handing him the keys to his father’s hardware store. Is this the chance that Jack was looking for to prove himself to his family, his wife, and himself?

Listed below are the dates, titles, and descriptions for the first two episodes of Family Tools.

Wednesday, May 1st – “Pilot”
Mixing family with business is never easy, and Jack Shea is about to learn that lesson the hard way. When Jack’s father, Tony, has a heart attack and is forced to hand over the keys to his beloved handyman business, Jack’s eager to finally step up and make his father proud. Unfortunately Jack’s past career efforts have been less than stellar, so everyone seems to be waiting for him to fail. His new job isn’t made any easier by Tony’s rebellious, troublemaking assistant, Darren, and Darren’s flirtatious sister, Stitch, who works at the local hardware store. But with the support of his Aunt Terry and his oddball yet endearing cousin Mason, Jack Shea may just find his true calling right at home.

Wednesday, May 8th – “Now You See Me, Now You Don’t”
When Jack and Darren take a job in a corporate office, Jack tries to reconnect with a former high school crush, while Darren questions his status after one of his ideas is stolen. Meanwhile, Terry meddles in Mason’s new relationship and Tony is uncomfortable with the girlfriend’s unconventional style.

The series premiere of Family Tools airs Wednesday, May 1st at 8:30 on ABC. The show had its initial 13-episode order cut down to 10 earlier this season.

Will you be watching Family Tools? What do you think about networks premiering shows this far into the season? Do you think the show would have had more of a chance had it debuted earlier/at a different time/on a different night? 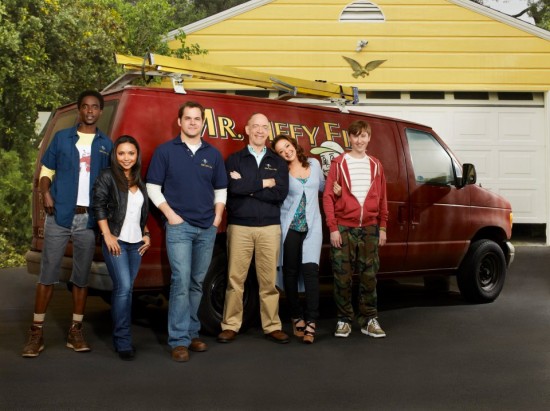