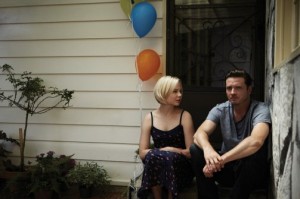 From the producers of Breaking Bad comes Rectify, Sundance’s first wholly-owned original scripted series. When accused murderer Daniel Holden (Aiden Young) is released after nearly 20 years of complete isolation on Death Row, he returns home to a family who hardly knows him, a community that doesn’t trust him regardless of the parole, and a world that has left him behind. Daniel managed to survive the emotional and psychological hell he went under behind bars and adapted so well that the change of scenery proves to be a shock to his system, as he has two decades worth of societal and technological developments to catch up on and learn about in order to fit in again.

Daniel’s release doesn’t just impact his family and himself; it trickles out to all those who were previously involved in his case, from his former attorney to the prosecutor that put him behind bars, as the wounds of his case are reopened after having been healed for years. But was the justice that condemned him to a life of concrete and bars flawed?

In addition to Young, Rectify stars Abigail Spencer (Oz the Great and Powerful) as Amantha Holden, Daniel ‘s younger sister who believes completely in his innocence and has devoted her entire adult life to securing his release; J. Smith Cameron (True Blood) as Janet Talbot, Daniel’s mother, who long ago had made peace with the loss of her son, giving up on any hope for his release; Luke Kirby (Take This Waltz) as Jon Stern , Daniel’s lawyer who works for an organization dedicated to exonerating the wrongfully convicted; Clayne Crawford (A Walk to Remember) as Ted Talbot, Jr. , Daniel’s stepbrother whom he had never previously met; Adelaide Clemens (The Great Gatsby) as Tawney Talbot, Ted’s kind-hearted wife; Bruce McKinnon (The Way Home) as Daniel’s step father Ted Sr.; Jake Austin Walker (The Chaperone) as Daniel’s half brother Jared; Michael O’Neill (Transformers) as Senator Roland Foulkes ; and Hal Holbrook (Into the Wild) as Rutherford Gaines , Daniel’s former attorney.

The two-hour series premiere of Rectify airs Monday at 9:00 on Sundance. The first three episodes of the series have been available through Video On-Demand since April 15th.

Will you be watching Rectify? If you’ve seen the first three episodes, what did you think? Did having all three made available early entice you into giving the show a try?