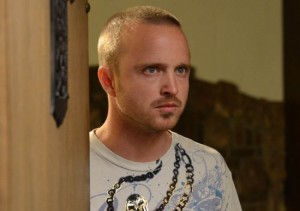 AMC has announced a slew of premiere dates, series renewals, and additions to its development slate, both scripted and unscripted.

The network’s summer schedule kicks off on Thursday, May 9th with the second season premiere of critically praised reality show Small Town Security, which centers on a small, family-run security and private investigation company in Ringgold, Georgia. The show will be airing along with new addition Showville, premiering May 23rd at 10:00 and spotlights a small town talent show featuring local acts, who get the chance of a lifetime to be in the spotlight.

Sunday, August 11th sees the premiere of the final run of Breaking Bad episodes at 9:00 and the debut of new crime drama Low Winter Sun at 10:00. The latter stars Mark Strong and Lennie James and tells the story of  the murder of a cop by a fellow Detroit detective. A new addition to the night will be Talking Bad, a Talking Dead-type talk show focused on that night’s episode of Breaking Bad. It will air every week at 11:00 beginning on the 11th. Finally, the second season of The Pitch will premiere Thursday, August 15th at 10:00 and be preceded by the series debut of Owner’s Manual, where Ed Sanders and Marcus Hunt operate technology and machinery in two different ways – once without using the owner’s manual and once with using the owner’s manual.

Receiving renewals from the network are Talking Dead, Comic Book Men, and Freakshow, with Immortalized the only Thursday reality show not picking up a second season.

Among AMC’s scripted development options are Ballistic City. the story of a former cop thrust into the criminal underworld of a city housed in a generational space ship destined for an unknown world; King, where a 1960s politician elected as a segregationist is tasked with championing civil rights; Ashland, about a California family moving to a tiny Kentucky mining town in 1950 to protect their secrets; White City, focusing on western diplomats and journalists living in Afghanistan; and The Wall, a period drama centering on an American businessman embroiled in East-West espionage in Berlin. In addition, there are two untitled projects in the works: one set against the New York automobile industry in the 1920s and one documenting the emerging movement for a second American Revolution.

There are also three unscripted projects in development, including election-focused Majority Rules, All-Star Celebrity Bowling, and Cancelled, where six families compete to see who can have the highest rated reality show.