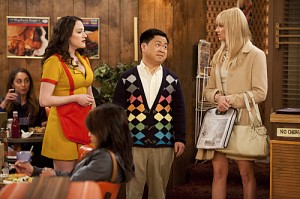 CBS has revealed the full synopsis for the season finale of each show on its 2012-2013 schedule. (So if you don’t want to spoil yourself on the events to come, it might not be wise to continue reading.) From potentially compromised election results to missing terrorists loose on the island to flashbacks  into the downfall of a detective, the finales promise drama, resolution, and insight into characters we spend 22 episodes with every season. Given two-hour finales were Criminal Minds and Elementary, in addition to the bi-annual two-hour season finales of Survivor and The Amazing Race, each of whom will name their respective winner during their tense final minutes.

Which finale do you think sounds the best? Of the guest stars listed, who are you most looking forward to seeing? Did CBS make the right decision in who they gave two-hour finales to?

Sunday, May 5th
8:00 The Amazing Race (Two-Hour Finale)
After sprinting nearly 30,000 miles, over five continents and through nine countries, the final four Teams find themselves bog snorkeling in Belfast, Ireland where one Team’s Race will come to an end.  The final three Teams Race to our nation’s capital where they’ll scour some of Washington, D.C.’s most historic landmarks for the chance to be crowned this season’s $1 million winners.

10:00 The Mentalist
Just as Jane narrows down the Red John suspect list to seven, Red John strikes again, and the victim has a link to Jane’s past. Laura San Giacomo guest stars.

Thursday, May 9th
8:30 Two and a Half Men
Walden dates a hot 22-year-old (Hilary Duff) but finds himself more interested in her grandmother (Marilu Henner).  Meanwhile, Alan and Jake go on a father-son bonding trip.

9:00 Person of Interest
When The Machine goes offline, Finch’s elusive original motivations for helping its irrelevant numbers begin to come to light as he and Reese join forces with surprising allies in the race to save it.

Friday, May 10th
8:00 Undercover Boss: Epic Employees
The special will showcase some of the most intriguing employees from all four seasons, where they are now and how the experience impacted their lives.

9:00 Vegas
All bets are off when Sheriff Lamb, determined to get revenge, teams up with Savino to take down Porter Gainsley (Michael Ironside), the man who killed Lamb’s wife and attempted to murder Katherine.  Meanwhile, Jack is devastated when he catches Mia in a compromising position.

10:00 Blue Bloods
When someone close to the Reagans is murdered, the family rallies together to take down the leader of the gang responsible. While Danny works on the gang leader’s girlfriend to lead them to him, Frank is left reeling from a second crisis.

Monday, May 13th
8:00 How I Met Your Mother
As the gang prepares to go to Robin and Barney’s wedding, Ted invites Lily to see the house he’s finally finished fixing up. Meanwhile, Robin and Barney’s night of relaxation is ruined by an obnoxious couple (Casey Wilson and Keegan-Michael Key), and Marshall takes the baby on a last-minute trip to Minnesota to see his family.

9:00 2 Broke Girls
Hoping to raise enough money for an upcoming business seminar, Max and Caroline deep-clean part of the diner for Han prior to a health inspection and discover something that could help re-launch their cupcake business.

Tuesday, May 14th
8:00 NCIS
The international manhunt for Eli David’s killer turns into a federal witch hunt against Gibbs and the team, which questions their unconventional methods and threatens their future at the agency.

9:00 NCIS: LA
A nuclear explosion in the Pacific reignites the search for stolen nuclear weapons and prompts Hetty to shuffle the NCIS: LA partnerships, sending Callen and Kensi overseas and leaving Sam and Deeks teamed up state side.

10:00 Golden Boy
When Clark is relegated to desk duty, he delves into Owen’s cold case in which the murder investigation of a construction worker was compromised by the events of 9/11.  Meanwhile, Deputy Mayor Holbrook pulls a gun on Clark and Margot, Agnes drives away with her father, and Owen gets his long deserved promotion. Michael Madson guest stars as Clark’s estranged father.

Wednesday, May 15th
10:00 CSI: Crime Scene Investigation
Roles are reversed for Russell and his team as they are placed under the microscope when a feature journalist follows them as they investigate a series of murders.  One team member goes undercover and is jeopardized when the team discovers they are up against a highly sophisticated predator. Annabella Sciorra and Eric Roberts guest star. Rock legend Black Sabbath performs, debuting a new song from their latest album, 13.

Thursday, May 16th
8:00 The Big Bang Theory
Sheldon and Penny are thrown for a loop when Leonard is offered an exciting job opportunity overseas.

9:00 Elementary (Two-Hour Finale)
As Sherlock reels at the reappearance of his former lover, Irene Adler (Natalie Dormer), a series of flashbacks unravel the tumultuous events that led to his downfall into addiction.  Meanwhile, he and Joan once again find themselves in the crosshairs of the enigmatic Moriarty.

Friday, May 17th
8:00 Undercover Boss: Epic Bosses
The special will showcase some of the most intriguing bosses from all four seasons, where they are now and how the experience impacted their lives.

Monday, May 20th
8:30 Rules of Engagement
Brenda (Sara Rue) goes into labor on Jennifer and Adam’s wedding day, Russell and Timmy attempt a reconciliation and Audrey has a huge surprise for Jeff.

9:30 Mike & Molly
When Peggy breaks up with Patrick (Gerald McRaney), Mike attempts to reunite them in order to improve his work life. Later, as a tornado descends on Chicago, Mike and Molly confess important news to each other.

10:00 Hawaii: Five-0
When a plane lands on Oahu with four bodies on board and a missing terrorist detainee, the CIA tasks Five-0 with finding him before he carries out an attack on U.S. soil.  Meanwhile, Kono is on the run from the police for a murder she did not commit, and McGarrett’s prison visit to Wo Fat ends with a shocking discovery. Christine Lahti, Ian Anthony Dale, Daniel Henney and Autumn Reeser guest star.

Wednesday, May 22nd
9:00 Criminal Minds (Two-Hour Finale)
The BAU’s pursuit of “The Replicator,” the UnSub that has been stalking the team all season, comes to a head when one of their own becomes a victim. Mark Hamill (“Star Wars”) guest stars.