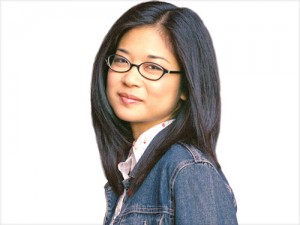 According to TVLine, Gilmore Girls alum Keiko Agena is set to guest star on Twisted, the latest ABC Family mystery. She’ll be playing April Tanaka, a bohemian grief specialist who heads up a counseling session for the students at Green Grove High, beginning with the second episode of the series. There’s no word yet on how many episodes her character will appear on the show or how big of a role April will have in the main storyline.

Created by Adam Milch, Twisted stars Avan Jogia as Danny Desai, a charismatic 16-year-old who has been in a juvenile detention center for the past five years after killing his aunt. When he’s released after serving his sentence, he returns to his hometown, where he’s a pariah even among those he was once close to. He tries to reconnect with his two best friends (offbeat Jo and former tomboy Lacey), but before they could fully mend fences, a classmate of theirs turns up dead. Immediately, suspicion is cast on Danny and he now has to work to clear his name so that he doesn’t return to juvenile hall. Or worse.

Will he be able to gather the evidence that will legally exonerate him? Or is he going to have to rely on people who had to learn to live without him?

In addition to her role as Lane Kim on the Amy Sherman-Palladino dramedy, Agena has appeared on the likes of Scandal, House, and Shameless. She joins a cast that features Ashton Moio, Denise Richards, Sam Robards, Kimberly Quinn, Kylie Bunbury, and Maddie Hasson.

Will you be watching Twisted? Do you think that April will be able to reach Danny, Jo, or Lacey and help them move on? Are there any other actors that you’d like to see cast on the show?