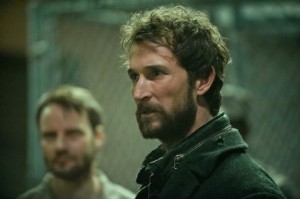 TNT has officially revealed its summer schedule, which will include the debut of four new shows and the return of multiple favorites.

Kicking things off is the series premiere of The Hero on Thursday, June 6th at 8:00. Hosted by The Rock, the reality-competition series brings nine ordinary people together and assign them various missions testing their brains, their brawn and even their morality. Viewers will be in charge of determining the elimination order this season, voting on who they deem to be most heroic and deserving of the grand prize. Following at 9:00 on the same night is 72 Hours, a reality-competition series hosted by Brandon Johnson that drops three new competing teams of strangers into the wilderness with only a single bottle of water and a GPS tracking device. They have three days to survive the treacherous terrain and find a hidden suitcase full of $100,000.

The third season of Falling Skies will premiere Sunday, June 9th at 9:00 and is set to feature guest appearances from Gloria Reuben (ER) as Marina Perlata, an aide to Tom, and Robert Sean Leonard (House) as Roger Kadar, an obsessive but gifted scientist who runs the local power grid and lives underground with his pet rats, earning him the nickname “The Rat King.” The next night sees the second season premiere of Major Crimes at 9:00, which will welcome Nadine Velazquez as Deputy District Attorney Emma Rios and lead into the series premiere of King & Maxwell at 10:00. Based on characters from bestselling author David Baldacci, the latter stars Jon Tenney and Rebecca Romijn as former Secret Service agents who are now private investigators, one of whom is a slobby former Olympian and the other is a disgraced agent with a law degree.

Tuesday, June 18th finds the season premieres of both Rizzoli & Isles and Perception. The former, debuting at 9:00, has been one of cable’s top three shows for three years running, while the latter stars Eric McCormack as Dr. Daniel Pierce, a professor with paranoid schizophrenia who  possesses an intimate knowledge of human behavior. The show will welcome Scott Wolf this season as Donnie, the soon-to-be husband of FBI Agent Kate Moretti, Daniel’s former student who has recruited Daniel to work on cases.

Buddy lawyer dramedy Franklin & Bash will return Wednesday, July 24th at 9:00 with new cast member Heather Locklear playing Rachel King, a beautiful and brilliant trial lawyer and the firm’s newest partner, while the series premiere of Cold Justice will air Tuesday, August 27th at 10:00. The unscripted procedural drama follows two top-notch female investigators as they dig into small town murder cases that have lingered for years without answers or closure.

What will you be watching on TNT this summer? Do any of the new shows sound interesting? Did the network pair off their shows properly?