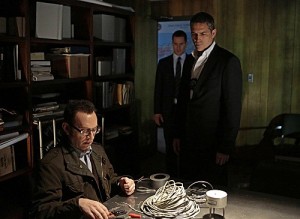 Following in the footsteps of The CW and FOX, CBS has announced season finale dates for its current schedule. From April 28th through May 22nd, its schedule will slowly be winding down, including four two-hour finales: The Amazing Race, Survivor, Elementary, and Criminal Minds. Interestingly, the only night where every show ends on the same date is Tuesday; NCIS, NCIS: LA, and Golden Boy will all end their respective seasons on May 14th. Every other night finds its roster of shows being split up into at least two weeks, with Wednesdays ending over three different nights.

Which CBS season finale are you most looking forward to? How do you think their fall 2013 schedule will look? Should they have ended more of their shows on the same night or do you think that spreading them out will ultimately work better?