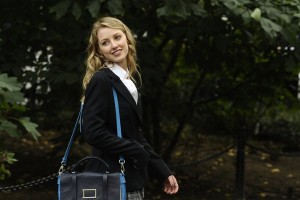 Despite Robert’s best efforts, Mia found out that Vivian was her biological mother last week on Deception. He didn’t get out in front of the tabloid story enough to shield her from the truth, which led to her ditching out on her cotillion and speeding off on the back of Kyle’s motorcycle. While Mia will ultimately come back into the Bowers family fold, there’s a question lingering in the air: who was her father? Lost in all the trauma, hurt feelings, and confusion that came from the very public reveal, information that spread like wildfire, is that we still don’t know who fathered Mia Bowers. He’s not been mentioned or hinted at, so could he just be a one night stand of Vivian’s? An old boyfriend? Or something more sinister?

Listed below are the dates, titles, and descriptions for the next three episodes of Deception.

Monday, February 11th – “Don’t Be a Dummy”
The true identity of Mia’s father is revealed. After she finds out the identity of her mother, Mia runs away with her boyfriend Kyle to a friend’s empty vacation home. Meanwhile, Will visits Edward’s home to find answers to some questions regarding Vivian’s murder.

Monday, February 18th – “Tell Me”
As Bowers Pharmaceutical is preparing to have Lyritrol on shelves in 3 weeks, Edward finds out some disturbing news about the new drug. Joanna pursues a lead that ends in a gunfight. Meanwhile, Senator Haverstock (special guest John Laroquette) reveals his true identity to Mia, and Edward and Julian get into a physical fight at a PR event for Bowers Parmaceutical, resulting in a big career move for Edward.

Monday, February 25th – “Stay with Me”
Edward makes a confession during a press conference that sends his family and their business reeling. Meanwhile, Mia’s biological father reaches out to her with ulterior motives, and Joanna struggles to escape a hit man during a delivery gone awry.

Do you think we’ve already met Mia’s biological father? What will Edward confess at the press conference? Who is Senator Haverstock?