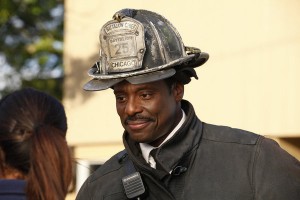 Which new fall show continues to get better week after week? That’s right! Chicago Fire. I’ve previously likened it to Parenthood with a super extended family of families, and that was generally the theme of the episode. The closeness they feel for one another because of the work they do gives them two families. One at the firehouse and one at home.

It was pretty apparent just how often they spend holidays together when we learned about their Thanksgiving rituals; the chief carves the turkey, but only after they name it. The clincher was naming it after someone they want to carve up. That was a pretty good idea, and if I wasn’t so thankful for the turkey for giving its life for my dinner, I’d think about giving mine a name, too. Peter’s sister Elise was helping with the turkey and they had one hell of an impressive dinner. Of course, every time they got ready to eat, there was another call. Did you notice by the end of the episode the turkey was different? They had cooked it so many times it should have been near burnt, but it was less cooked than the second time they took it out of the oven. Oops!

We learned a bit about Boden through a potential teenage arsonist he took under his wing. He had a son, who doesn’t live with him and who he apparently can’t talk to any time he wants. Maybe a bad marriage and he lost his parental rights? We never did learn if the kid, Ernie, was a firebug, but I’m guessing it’s not the last we’ll see of him. Watching Hermann use his fatherly skills to try to draw information out of him was endearing, and made his scene of heading home to his own family holding Thanksgiving dinner down right tear inducing.

Thanks to a meth fire, the entire team needed to take a drug test and Kelly came ever closer to losing his battle to keep his addiction silent. Shay was feeling generous, because although she’s made it clear she was done helping him, she couldn’t let him tank right in front of her. But when he said he had no idea what his plan was if he would have had to give his sample, she’d had enough. Now that Clarice is back in her life, it will be interesting to see how close she keeps Kelly, because she’s going to need a someone to listen to her own fears as she reinvests. I don’t think Dawson will be there this time around.

Casey and Hallie seemed to be getting on really well until his jubilation at assisting a woman in an accident give birth melted over into his marriage and Hallie finally admitted she’s only ever said she wanted kids because he did. There’s no way he can continue a life with a woman whose life goals are so different than his own. He ended the episode doing shots with Dawson. It’s not like we didn’t see that coming mile away.

There isn’t another show that started this season where I feel as invested in the characters and their happiness as I do with Chicago Fire. That I do is a testament to the hard work the writers have done in proving what can be done with a show with low expectations. Sometimes the best surprises come in the smallest packages. 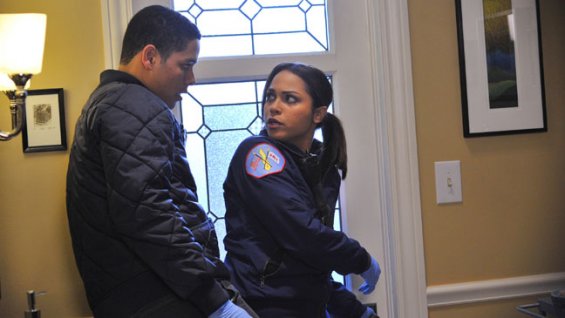