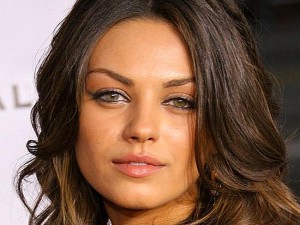 If you read me long enough, you’ll learn two things. I think the 70s were beyond groovy and I’m as close to a feminist as I care to get without becoming militant. Mila Kunis has had a very successful run in the acting field, and has decided to throw some of her weight behind a project at The CW. It’s a feminist program (and being advertised as such) focusing on a country club called “Meridian Hills”  in 1972 at the start of the women’s liberation movement when the Equal Rights Amendment was just coming into its own, according the The Hollywood Reporter.

When Swingtown aired in the summer of 2008, it was named about as aptly as Cougar Town, but given far less credit. The issues it tackled had so much promise, with the new empowerment of women in the workforce only one of the many that could have shined if it had continued. Kudos to The CW for giving the 70s another chance at life with “Meridian Hills.” Add this to the Carrie Diaries and there will be two decades covered by women with strong voices, which are perfect for the 18-34 demographic they are seeking.

Although the real war for women’s rights started in the early 20th Century, it wasn’t until the 70s that the Equal Rights Amendment was ratified into the US Constitution. Setting “Meridian Hills” in a libation filled, traditionally male run environment such as a country club will provide a lot of story to play with. The main character will be a young newlywed who joins the Justice League, befriending an unlikely lot of women with which she finds she has a lot in common.

Of course, there is a lot of time between now and production time, but I’m keeping my fingers crossed that this projects gets a green light. It’s certainly more original than reimaginings of Alice in Wonderland, Sleepy Hollow, Great Expectations and Wonder Woman, which are also all on The CW development logs. There are no plans for Ms. Kunis to join the program in an acting capacity at this time. We’ll keep you appraised of any further news as it appears.