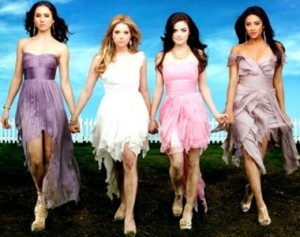 It’s difficult to believe we are already so far into the 2012 fall season, but to put it into perspective, Fringe ends its five year run on January 18th 2012 and Parenthood ends its fourth season in January to give over the timeslot to sophomore hit, SMASH. Here are some more dates of new and returning dates from FOX, NBC and ABC Family as well as some potential series to come from ABC, CBS and The CW.

January 21st, 9:00 PM ET – THE FOLLOWING, an intense thriller created by Kevin Williamson (Dawson’s Creek and The Vampire Diaries) starring Kevin Bacon and James Purefoy follows a retired FBI agent (Bacon) called back to duty to help catch the man who ended his career (Purefoy) as he masterminds an ever expanding league of serial killers. For more information about The Following, check out this informational video from FOX Broadcasting:

February 1st, – 9:00 PM ET – TOUCH returns for a second season starring Kiefer Sutherland and his gifted son as they communicate on matters that affect lives across the global community, but need to be addressed within a timely fashion. Maria Bello and Lukas Haas join the cast.

January 7th, 10:00 PM ET – DECEPTION, a soapy drama starring Meagan Good, Tate Donovan and Victor Garber will take to the air after not one but two titles changes. You may recall hearing about it in one of its former incarnations, INFAMOUS or NOTORIOUS. In any event, a woman returns to her home to her wealthy family try to find out why her once best friend died at age 32 of a drug overdose.

January 10th, 9:30 PM ET – 1600 PENN, a half hour comedy about a dysfunctional President (Bill Pullman), his wife (Jenna Elfman) and their family as they take on life in the White House.

February 7th, 8:00 PM ET – COMMUNITY finds a timeslot for its fourth season on Fridays for a 13 episode run and without creator Dan Harmon. That won’t stop the rabid fans from showing up to watch the comedy starring a slew of favorites including Joel McHale, Danny Pudi, Gillian Jacobs, Yvette Nicole Brown, Allison Brie, Donald Glover and Chevy Chase. Troy and Abed know more about Community than I do. Take it away guys!

January 7th, 8:00 PM ET – SWITCHED AT BIRTH begins its second season focused on the dramatic changes in the lives of the Kennish and Vasquez families as a result of the civil suit won by both parties.

January 8th, 8:00 PM ET – PRETTY LITTLE LIARS returns with all news episodes and Mona will be heading back to Rosewood! Spencer, Aria, Emily and Hanna will all  have very different opinions on whether or not Mona is “cured.” Winners of numerous teen choice awards, PLL stars Lucy Hale, Troian Bellisario, Ashley Benson and Shay Fields.

January 8th, 9:00 PM ET – THE LYING GAME saga of twins Sutton and Emma continues after they have learned the identity of their mother, Rebecca (Charisma Carpenter). Expect many more mysteries to unfold as soon as truths are uncovered. Starring Alexandra Chando as the twins. It’s been so long, here’s a little clip to get your blood pumping:

Coming from ABC (No dates announced)

ZERO HOUR – A skeptical paranormal magazine publisher must find his wife by solving one of the most compelling human mysteries in human history. It will take him around the world and through centuries of history to unravel. Starring Anthony Edward, Jacinda Barrett, Addison Timlin and Scott Michael Foster. Check out a preview here:

MISTRESSES – A drama about four women, their love lives and above all their friendship, starring Alyssa Milano, Yunjin Kim, Jes Macallan and Rochelle Aytes.

RED WIDOW – To protect her children, Rhada Mitchell stars as a woman who must join the life she spent years trying to escape when her husband is brutally murdered. Her own family’s deeply connected world of organized crime. Also starring Jamie Ray Newman and Lee Tergesen.

Coming from The  CW (No dates announced)

CULT – Fresh off of his successful role on The Vampire Diaries, Matt Davis stars as Jeff Sefton, who unwittingly gets dragged into the underground cult of a successful television show of the same name. Was his brother killed by the star of the show or has Jeff gone crazy? Always creepy Robert Knepper co-stars as cult leader Billy Grimm. Chances of a hit? You tell us.

CARRIE DIARIES – If you watched Sex and the City and wondered how it all started for Carrie Bradshaw, your wait is over. It’s 1984 and 16-year old Carrie gets her first taste of The Big Apple. Things will never be the same for her or television. Starring AnnaSophia Robb as Carrie and based upon the best selling books by Candace Bushnell. ** UPDATE The Carrie Diaries has received a premiere date! Set your DVRs for January 14th. Check your local listings for time and channel.