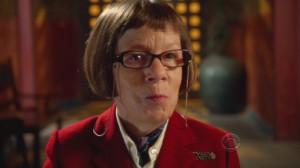 Entertainment Weekly is reporting that upcoming CBS drama Scorpion is set to crossover with its lead-out NCIS: Los Angeles. The latter’s Linda Hunt will appear on a late October episode of the super-genius drama, as her NCIS character Hetty gets called in to teach the Scorpion team about the art of going undercover.

Crossovers have become fairly commonplace for series within the same universe, e.g. Dick Wolf’s Chicago series for NBC, the NCIS-verse that has birthed two spin-offs, the CSI-verse that will see its third spin-off come midseason, etc. They’re a way to exploit the ties that exist between certain series and create an inter-network synergy that will hopefully help shows get sampled in their early days (Scorpion) or in a new situation (NCIS: Los Angeles); however, crossovers from shows that don’t have direct ties are rarer, meaning that Hetty’s appearance on Scorpion will be especially interesting to see in terms of how well she’s integrated into the episode and whether this could pave the way for a mutually beneficial relationship between Scorpion and NCIS: Los Angeles.

You can check out a behind the scenes look at Scorpion below. The series is set to premiere Monday, September 22nd at 9:00 on CBS.

Do you think it’s too early to be crossing new dramas over with established series? If you’re on the fence about watching Scorpion, will a guest appearance from Linda Hunt change your mind? How do you think the CBS Monday lineup will do now that the network is no longer going with four comedies?