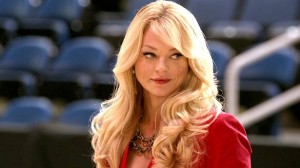 At 10:26 p.m. the night before the new Devils arena groundbreaking, Devil Girl director Olivia Vincent was pushed to her death, as the organization that was responsible for her flourishing career was also to blame for her untimely demise. It was a sad state of affairs for the former Devil Girl, who had grown desperate enough at the prospect of the groundbreaking to blackmail several key members in the Devils world into making a public stand against Oscar; had she decided to lay low and conduct her business in the shadows and behind closed doors, she might even still be lurking around the arena.

But Olivia Vincent will not go away quietly – it’s just not her style. Her death, which Oscar attempted to sweep under the rug by hiring Sloane and railroading Chase, is threatening to undo the very fabric that holds the Devils organization together. Someone associated with the franchise pushed her off the landing and it’s not someone like her husband with only tenuous ties to the Devils; it’s someone deeply entrenched in the organization, someone who, if word of their involvement in the murder was to leak, would cast a pall over what should be the happiest time in the franchise’s existence. Under Coach Pete Davenport, the Devils have managed to make it to the finals – the pinnacle for any professional sporting team – yet it could all come crashing down around them before the first bottle of champagne gets popped.

With the mystery surrounding Olivia’s death to culminate in a shocking finale reveal, TVHackr decided to look at the suspects in the murder and determine who’s most likely behind the fall of the beautiful former dancer. Once you cut out the least likely suspects in the murder, either due to their role on the show (e.g. Ahsha) or their lack of ties to Olivia (e.g. Terrence), the five Devils and Devils adjacent figures on the hot seat when it comes to the investigation are Oscar, Jude, Jelena, Kyle, and Derek, all of whom knew the Devil Girl director had something on them. But who could be the person whose one decision could threaten a multi-million dollar franchise?

Kyle Hart
Could she…?: Kyle has previously refused to answer any questions about what she was doing the night of the murder, feigning offense at the insinuation rather than actually coughing up her alibi. She and Olivia clashed multiple times since she joined the team and there’s a possibility that she could have accidentally shoved Olivia to her death in the heat of yet another argument – this one about the information Olivia was holding that could send Kyle to prison. Was Kyle desperate enough to free herself from Benny’s clutches that she refused to let Olivia take that opportunity from her?
But wait: Kyle Hart is the comic relief of Hit the Floor, the one character who has managed to keep her sense of humor in the face of an uneasy time, and those aren’t the characters who get pinned for stuff like this. The show needs Kyle’s brassy Southern drawl dispatching sassy one-liners to keep the tone from shifting too much to the dark side and it’s not as if she hated Olivia as much as someone like Jelena; there might be some shiftiness in Kyle this season, but with how afraid she became of Oscar and how she was trying to build a better life for herself, that doesn’t equal a murderer.
Final verdict: Though Kyle might have had a reason to kill Olivia, Hit the Floor wouldn’t turn their ray of sunshine into a full-on heel, not after undergoing its darkest season yet.

Jelena Howard
Could she…?: Jelena and Olivia hated each other’s guts and continued to battle for control of the Devil Girls until the latter’s death. Jelena has made no mystery of the importance the Devil Girls have in her life and through her interactions with Ahsha and Sloane, she’s shown herself to be ruthless enough to get what she wants no matter the impact it has on others. Already the show’s B-villain, she has a history of nefarious activity that killing Olivia wouldn’t look too out of place up against, especially since she was the one who moved the shovel for Oscar, and having her be the one to push Olivia to her death would be a way to amp up the mystique around the baddest Devil in the locker room.
But wait: The show has done an awful lot to humanize Jelena this season – having her be cautiously friendly with Raquel, showing just how much she cares about Terrence, shining a spotlight on the issues she has with her mother. While there’s always a chance that this was all a bait-and-switch, a way to soften the character before being hit with a reminder of just how deep her badness goes, it doesn’t feel like something that Hit the Floor would do, not when Jelena is as prominent on the show as she is. Some catty comments are one thing, but would the show have arguably its second lead become a murderer?
Final verdict: Jelena Howard is capable of a lot of things, but season two has proven that murder isn’t one of them.

Derek Roman
Could he…?: Olivia knew about Derek’s drug use and could have used that to destroy his public image, thereby costing him millions of endorsement dollars in the process. Word about his addiction could have also robbed him of a chance to play for a championship and put quite a bit of heat on the Devils regarding whether they would suspend him or keep him on the roster, so he had an ample amount of motivation to silence Olivia. Derek didn’t want to rock the boat in the Devils organization like Olivia wanted him to and rather than going up to her home to scare her off of his back, he ended up pushing her to her death, an event that embedded itself in his subconscious and helped inspire his relapse.
But wait: Derek is part of the central love triangle on Hit the Floor and there’s just no way that they would sully that by having him kill someone, even accidentally. His relationship with Ahsha played a huge part in season two and since they’ve already leaned on Derek’s addiction issues to complicate things between the two of them, adding something like this and completely severing the chance that he and Ahsha were to get back together just feels like too much. “Dersha” might be dead for the moment, but there’s too much between Derek and Ahsha for Hit the Floor to throw in a murder and obliterate arguably one of the vital components of its identity.
Final verdict: Derek cares too much about basketball and Ahsha to get mixed up with Olivia Vincent.

Oscar Kincade
Could he…?: If Olivia were to go to the press with what she knew about Oscar’s financial improprieties and penchant for lending his girls out to other high rollers, it would have obliterated his tremendously successful empire and possibly forced him to give up the Devils for good. The show has spent the entire season pointing to the fact that Oscar isn’t afraid to kill to get what he wants and has the most to gain from Olivia being kept silent, so with him already pinning the crime on Chase with the shovel, it wouldn’t be too much of a stretch to have him be the one directly responsible for Olivia’s death.
But wait: Oscar Kincade doesn’t get his hands dirty, so he just doesn’t seem like someone who would not only go to Olivia’s house himself but push her to her death. He’s more about using his resources to get what he wants and since he wasn’t the one to kill Mia in order to keep her from talking, it’d be out of character for him to be suddenly front and center on jobs like this, especially when you consider the similarities between Mia and Olivia’s appearance and personal history. Having him connected to the death itself rather than the covering up would be believable; him breaking the pattern he has with his girls and putting his dreams of a new arena in danger simply isn’t.
Final verdict: Oscar is a bad man who deserves jail time, possibly some for his connection to Olivia’s murder, but is he the one who gave Olivia the final shove? I don’t think so.

Jude Kincade
Could he…?: Jude is desperate for the approval of his father. Be it their lack of a relationship, his insecurity about his sexuality, or his desperation to move up in a testosterone-dominated field, he would do anything to prove himself to Oscar and to keep his father in power. He’s already hinted to Zero that he’s done bad things in the name of helping Oscar and he has two very distinct reasons for wanting to keep Olivia from speaking to the press: he wanted her to back down in order for the arena to still be in play and he knew that Olivia knew about him, Derek, and the coke. Even if it was ultimately something that he didn’t mean to do, Jude killing Olivia would save his career, get him “in” with Derek (and thus, the rest of the Devils), and keep the chance of building a relationship with his father open. Were he to be the one responsible, it would cast a tragically ironic pall over the last few episodes, as Jude would have given up a promising career and many years of his life for a man who ultimately disowned him, and give the season just a little bit more punch than it had before.
Final verdict: Barring any last minute twists, look for Jude to be led away in handcuffs for the murder of Olivia Vincent, assuming Hit the Floor pivots away from an obvious-seeming suspect (Oscar) and toward someone that has motive but whose participation in the crime is a little more shocking.

The season finale of Hit the Floor airs Monday at 9:00 on VH1. The show has already been renewed for a 10-episode third season, which will premiere next spring. You can check out a sneak peek of the finale here.

EDIT: The identity of Olivia’s killer can be found here. 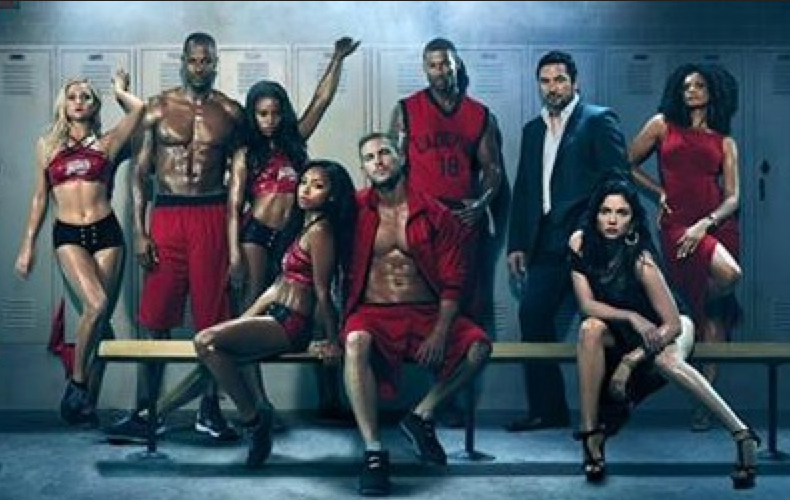