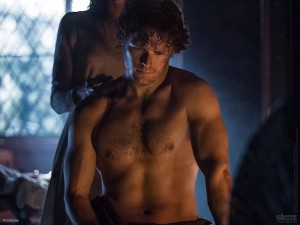 According to The Hollywood Reporter, Starz has decided to split the 16-episode first season of Outlander into two eight-episode chunks, with the first set to premiere Saturday, August 9th at 9:00. The second eight episodes will reportedly premiere in early 2015, though no concrete information about Outlander 1B has been released as of yet.

The series premiere of Outlander, titled “Sassenach,” will be made available a week ahead of the official television premiere, with the episode streamable through Youtube, the official Outlander website, the Outlander Twitter, the Outlander Facebook, the Starz Play app, and various cable, satellite, and Telco affiliates. “Sassenach” will also be aired on Starz Saturday, August 2nd at 9:00 in an effort to boost sampling and word of mouth.

Outlander, based on the best-selling Diana Gabaldon novels and adapted for television by Ronald Moore (Battlestar Galactica), won’t be the first cable drama to undergo a split season, as The Walking Dead, Breaking Bad, and Pretty Little Liars have all had seasons cut into two and aired at different parts of the year. Starz opting to hold the series until early 2015 should allow it to air along with an established drama (Black Sails or Da Vinci’s Demons), bar a decision to reopen Fridays, where the network once aired original scripted content.

Starring Caitriona Balfe (Now You See Me) and Sam Heughan (A Princess for Christmas), Outlander tells the story of married World War II nurse Claire finding herself transported back to 18th century Scotland, a world where her life is threatened from the moment she arrives. To protect herself, she aligns herself with warrior Jamie, only to fall for him and feel herself being torn between two worlds and two men. In addition to Balfe and Heughan, Outlander stars Tobias Menzies (Rome), Lotte Verbeek (The Borgias), and Laura Donnelly (Merlin).

You can check out a trailer for Outlander here.

Will you be watching Outlander? Do you like the idea of the show with a split season? If you’ve read the Outlander series, what are your expectations for the television adaptation? 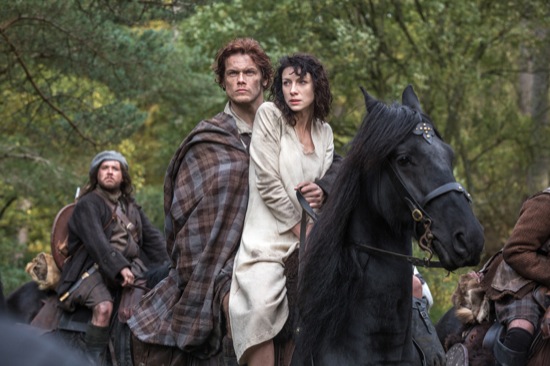 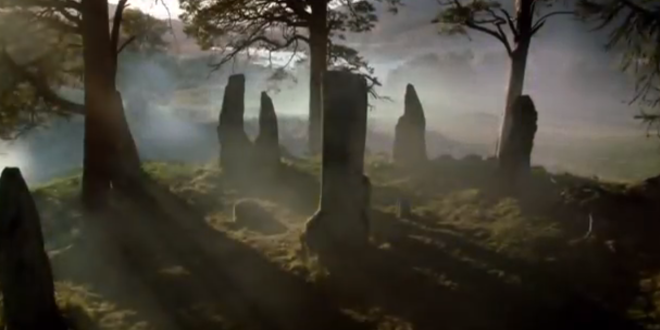