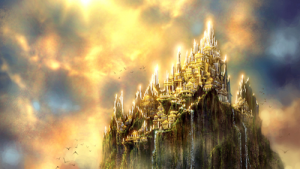 Syfy has announced that 13-episode mythology drama Olympus has been ordered to series.

“Olympus is a fantastic blend of action, intense thrills, creatures and great story telling.  It will feature characters from mythology in a way never before imagined,” said Chris Regina, Senior Vice President, Programming, Syfy. “It’s an excellent complement to our roster of programming and we can’t wait to share the adventures of Hero with the Syfy audience.”

From Nick Willing (Tin Man, Alice) and Robert Halmi Sr. (The Odyssey), Olympus tells the story of how a few brave men and women banished the Gods to the Kingdom of Hades. It will follow a main character who transforms from a fresh-faced young man into a ruthless leader powerful enough to stand with the Gods themselves. No cast has been announced as of yet.

Olympus is one of several recent pickups for Syfy as they look to alter their brand and go back to making harder science fiction like Battlestar Galactica. In addition to this series, Syfy has ordered a 12 Monkeys adaptation and Ascension, a space opera event series, while picking up a new season of Ron Moore’s Helix. Their scripted roster currently includes the likes of Dominion, Defiance, Continuum, Lost Girl, and Bitten.

Olympus bows sometime in 2015 on Syfy.

Will you be watching Olympus? Do you like the direction Syfy’s recent string of pickups is taking? What type of project would you like the network to tackle next?