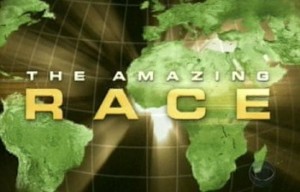 Are you ready to crown a couple of champions?

Or, well, three champions in total.

CBS has announced season finale dates for two of its reality franchises. The current season of The Amazing Race will be concluding on Sunday, December 9th with a two-hour event beginning at 8:00. With the final four teams in contention for the million dollars (and perhaps two million, if the team that won the first leg is still in play), it’s sure to be a barn-burner of a finish. This season has had several close calls and legs that were decided by split-second decisions, so even when you think a team might be the favorite, they can be shown the door just as easily.

Meanwhile, Survivor: Philippines will draw to a close on Sunday, December 16th. The 120-minute final episode airs from 8:30-10:30, with the reunion show beginning at 10:30.  The show just merged the two tribes and there are plenty of players left in the game that are one move away from changing the game; the only thing is when to make that move. Too early and you can still be left out of the finale, while doing something too late can leave a sour taste with the jury and ruin your chance at taking home the money. Interestingly, all three “celebrity” contestants (Penner, Jeff, and Lisa) are still in the game; might their status come into play the closer to the finale that we get? And what if one manages to get into the final three – will the jury be willing to give them the money?

The Amazing Race, which narrowed down to the final six last night, airs Sundays at 8:00, while Survivor, which has begun building its next jury, airs Wednesdays at 8:00.

Who are you rooting for on The Amazing Race and Survivor: Philippines? Do you think your favorites will manage to take home their respective titles? If not, who do you think are the current favorites for each series and will they go on to win?