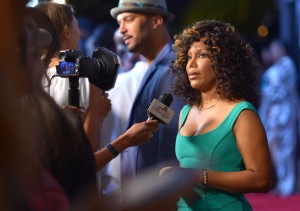 TV One has announced that R&B Divas LA has been renewed for a third season, which is slated to premiere early next year.

“The positive response to R&B Divas LA from our audience, as evidenced by the strong DVR lift and activity on social media, made greenlighting the series for a third season a no-brainer,” said D’Angela Proctor, SVP of Programming and Production for TV One. “These dynamic women have all opened their lives up to our viewers and we are happy to give them an on-going platform to share their personal and professional endeavors.”

Wendy Williams will be hosting the two-part R&B Divas LA second season reunion, whose first part premieres tonight at 10:00. The second part of the reunion will follow Wednesday, October 1st at 10:00 on TV One.

Will you be watching the R&B Divas LA reunion? What do you hope Wendy Williams addresses during the two-part season closer? Who would you most want to see leave the cast between this season and next?