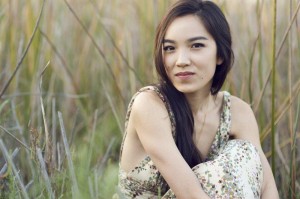 Deadline is reporting that Sam Littlefield (The After) and Awkward. alum Jessika Van have signed on to upcoming CW drama The Messengers. While Littlefield will recur as computer genius turned anarchist hacker Leland Schiller, Van is set to recur as Koa Lin, a grifter from Hong Kong who will do anything she has to in order to survive.

Created by Eoughan O’Donnell (Teen Wolf), The Messengers follows the aftermath of a mysterious object crashing to Earth. A group of unconnected strangers all die from the energy pulse that the object emits, only to all be re-awakened with the knowledge that they’ve been tasked with preventing a coming apocalypse. The series stars Shantel VanSanten (The Final Destination), Sofia Black-D’Elia (The Immigrant), Diogo Morgado (The Bible), Joel Courtney (Super 8), and JD Pardo (Revolution).

In addition to his role in the upcoming Amazon series, Littlefield has appeared in the likes of Criminal Minds, The Unit, and Cold Case, with Van’s television credits including Without a Trace, Uncle Grandpa, and It! People.

The Messengers is slated to premiere sometime this midseason on The CW. No trailer or promotional material has been released as of yet.

Will you be watching The Messengers? Do you think a show with this type of premise can make it on The CW? Who else would you like to see join the cast?