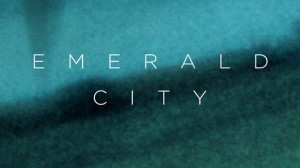 Deadline is reporting that planned limited series Emerald City has been cancelled by NBC. The project, which was ordered straight-to-series this past January, had yet to shoot an episode, though several scripts had been produced since the series order was handed down. Word is that NBC and those behind Emerald City differed in their vision for the show, leading to the decision to cut the project before more time, effort, and money could be invested in it.

Created by Matthew Arnold (Siberia), Emerald City was said to be a dark reimagining of The Wizard of Oz, with a headstrong 20-year-old Dorothy Gale at the center of a bloody battle for control of Oz. It’s the second straight-to-series project to be abandoned this season following the cancellation of Egyptian drama Hieroglyph, while it’s the latest NBC series to find itself cancelled before airing a single episode. Most recently, NBC pulled the plug on Dane Cook comedy Next Caller, about polar opposite satellite radio jockeys forced to co-anchor the same show, with four of its six planned episodes having been produced.

One could argue that in the broadcast networks’ rush to distance themselves from pilot season, they’ve created PR headaches for themselves in ordering sweeping event series only to cancel them a short time later. Had NBC and FOX simply kept projects like Hieroglyph and Emerald City in development and worked through script issues as opposed to producing promotional material and touting them during upfronts, they could have avoided having the first two cancellations of the season – before the season even began.

Are you disappointed that NBC pulled the plug on Emerald City? Do you think the show could have found an audience on broadcast television? Who could have been a good choice for Dorothy, had the project made it to casting?