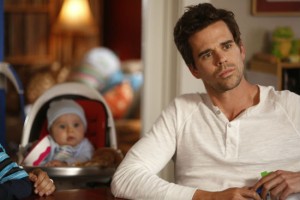 Keeping up with the sheer volume of scripted programming on television can be a daunting task, as there are no longer just the five broadcast networks and the odd cable network to worry about. Now there are broadcast networks, innumerable cable networks, streaming services, and various other companies looking to make their mark in a crowded marketplace, so it’s understandable when something slips under the radar or when audience abandons a show that creatively stumbles.

Which is where TVHackr comes in – we’ve combed through the veteran shows returning in the fall and picked four that are worth the time to catch up on. Surveying the television industry is quite intimidating, so rather than forcing you, dear reader, to scour the internet for information about what’s worth your time or when something returns, we’ve gathered everything you need to know about each of the four shows we’re recommending. In addition to general information like premiere date, premise, and cast, we’ve provided reasons why you should catch up, which episodes you should watch if you’re crunched for time and can’t marathon, and the different avenues where you can catch up on any of these shows.

About a Boy (NBC)
Premiere date: Tuesday, October 14th
Premise: A man-child bachelor living off his past success finds his world turned upside down when a single mother moves next door with her pre-teen son.
Who’s in it: David Walton (Perfect Couples), Minnie Driver (Good Will Hunting), Benjamin Stockham (1600 Penn), and Al Madrigal (The Daily Show with Jon Stewart)
Why you should catch up: About a Boy is a show that effectively uses formula as a way of deepening character relationships. For the first half of the season, it’s a cute, fluffy little comedy that hits the beats that you think it’s going to, yet before you know it, you’re deeply invested in the main character’s personal progress and the lovably awkward friendship he has with the affable, big-hearted boy next door. It’s a comedy of self-acceptance and learning to let go, of finding healing through your relationships with others and forgiving yourself for a past that you might not always welcome, with the 13-episode first season is one that grew stronger and more assured as it went on. With Walton and Stockham sharing an extremely pleasant dynamic, Walton and Driver bypassing any hint of will they/won’t they in favor of an unlikely friendship, and the show itself unafraid to tackle emotionally complex ideas for a broadcast comedy, it’s a show primed to make the leap in season two.
Recommended episodes: “Pilot”; “About a Poker Night”; “About a Boy’s Dad”; “About a Hammer”; “About a Rib Chute”
How you can catch up: iTunes has the entire first season at $2.99 per episode. NBC.com has the last five episodes of the season available for a limited time. Hulu has the last five episodes of the season available. Amazon Instant has the entire first season available at $1.99 per episode, with the entire season at $19.99. The last five episodes of the season are available on demand.

Revenge (ABC)
Premiere date: Sunday, September 28th
Premise: A scorned woman moves to the Hamptons to seek vengeance on those who framed her father.
Who’s in it: Emily VanCamp (Everwood), Madeleine Stowe (The Last of the Mohicans), Gabriel Mann (The Bourne Supremacy), Nick Wechsler (Roswell), and Josh Bowman (Make It or Break It)
Why you should catch up: Revenge very much stumbled during its second season. Rather than continuing to mine the specificity of Emily Thorne’s quest for vengeance, it got too big, too bloated, and too boring, losing sight of the heart of the series in favor of Alias-like conspiracies and the vaguest shadow organization you can imagine. However, a showrunner change and some impressive soul-searching found the ABC drama at the top of its game during its most recent season; not only did Revenge allow Emily to, y’know, get some revenge through takedowns of the week and some serious progress against the Graysons, it allowed her to reexamine why exactly she’s doing this and reignite her determination to see things out for her father. In a season of katanas, mental institutions, and over-the-top deaths, it was a more cerebral way of looking at the very damaged psyche of a woman who lost her entire childhood due to the interests of the very people she’s trying to bring down.
Recommended episodes: “Secrecy”; “Exodus”; “Disgrace”; “Impetus”; “Execution”
How you can catch up: iTunes has the entire third season available at $2.99 per episode. ABC.com has the last five episodes of the season available. The last five episodes of the season are available through Hulu, though the entire 22-episode third season is available through Hulu-Plus. Amazon Instant has the entire third season available at $1.99 per episode, with the entire season at $39.99. The last five episodes of the season are available on demand.

Sleepy Hollow (FOX)
Premiere date: Monday, September 22nd
Premise: A resurrected Ichabod Crane returns to Sleepy Hollow and teams with a female police officer to prevent the apocalypse.
Who’s in it: Tom Mison (Parade’s End), Nicole Beharie (Shame), Orlando Jones (MADtv), and Katia Winter (Dexter)
Why you should catch up: Sleepy Hollow should not have worked. It had a ridiculous concept that was made all the more ridiculous by its high-octane trailer, but the commitment that the show had to its concept and the self-aware humor that quickly became an integral part of the show tied everything together beautifully. In a television landscape committed to creating the least offensive, more broadly appealing content possible, Sleepy Hollow was very much itself and never pretended to be anything else, highlighting the playful chemistry between Beharie and Mison while crafting a show that worked both as supernatural procedural and mythologically threaded serial drama. It was loud, it was visually striking, and it had more chutzpah than nearly every other freshman drama from last season combined – it was event television in every sense of the word and something that has the potential to become even greater going forward.
Recommended episodes: “Pilot”; “The Sin Eater”; “Necromancer”; “The Golem”; “Bad Blood”
How you can catch up: iTunes has the entire first season available at $2.99 per episode, in addition to a wealth of free bonus material. FOX.com has the last eight episodes of the season available for a limited time. Hulu Plus has the entire first season available. Amazon Instant has the entire first season available at $1.99 per episode, with the entire season at $31.99. The last seven episodes of the season are available on demand.