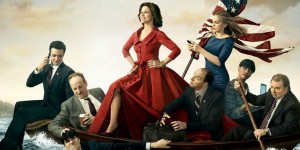 Other winners at the 2014 TCA Awards included RuPaul’s Drag Race for Outstanding Achievement in Reality Programming, Breaking Bad for Program of the Year (the show’s second consecutive win in the category), and Orange Is the New Black for Outstanding New Program.

You can check out a full list of nominees and winners at the 2014 TCA Awards below.

What do you think about the 2014 TCA winners? Were there any egregious snubs to speak of? Which win was the most surprising to you?