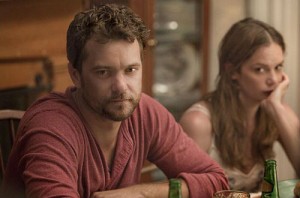 Showtime has released the first trailer for upcoming drama The Affair.

Created by playwright Sarah Treem and Hagai Levi (In Treatment), The Affair tells the story of how two marriages are impacted by the affair between history teacher Noah (Dominic West) and waitress Alison (Ruth Wilson). After having a chance encounter while the former was vacationing in the Hamptons, the two begin a steamy affair that threatens to tear their marriages apart and fundamentally alter how they view themselves. The series will separately be told from the male and female perspectives, using the distinct memory biases from both Noah and Alison as a way to misdirect and intrigue.

The Affair premieres Sunday, October 19th at 10:00 on Showtime.

Will you be watching The Affair? How do you think the show will be able to extend itself beyond a first season? Does the trailer make you more likely to sample the show?