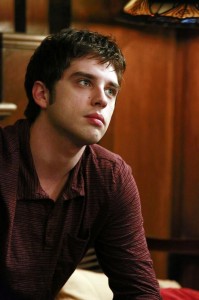 Ana’s disappearance is the last dangling thread from this whole experience with Brandon that Stef feels the need to sew up. While she’s concerned about her son’s ability to play the piano and how the injury he suffered will impact his future, Stef has faith that things will work themselves out and that he’ll be back to maximum capacity before too long; to ensure that the entire Foster Adams family can fully move on from what happened, though, she feels the need to piece together the night that Ana went missing and figure out what exactly caused her to flee town. But what happens if Mike’s blackout is the only thing that houses answers as to Ana’s whereabouts?

On tonight’s episode of The Fosters, Stef confronts Dani about where Mike was the night Ana disappeared and the fact that he slipped off the wagon right before something like this happened. Though Dani assures Stef that Mike is going to meetings and hasn’t made a mistake since that night, that’s not the answer that Stef was looking for, not when the safety and security of her family is at stake and not when she could have a whole other mess on her hands if the blood on Mike’s hands was from Ana. Just when the Foster Adams family looked to be on the mend, both physically and emotionally, the possibility of losing Mike, the defacto patriarch in this ever expanding brood, arises and threatens to demolish the rickety structure that Lena, Stef, and company have been resting on for quite some time.

Elsewhere on The Fosters, Jesus begins to feel threatened by Emma’s independent spirit, while an encounter with Connor’s dad causes a rift in Jude and Connor’s friendship, Callie is faced with a choice that could further complicate her life, and Brandon butts heads with the lead singer of a band he sees in concert.

Do you think the fight Mike got into was with Ana? Should Jesus feel threatened by how independent Emma is? What type of encounter will Jude have with Connor’s dad?