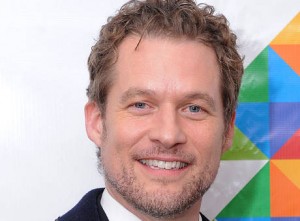 TVLine is reporting that James Tupper (Mercy) has been promoted to series regular on Revenge after three seasons as a recurring player. The promotion coincides with the revelation that his character, Emily”s father David Clarke, has been alive the entire time his daughter has been exacting vengeance against the Graysons.

The revelation of Clarke”s existence is something that has yet to be sprung on the Hamptons elite, as his only present-day appearance was an attack that left Conrad unconscious and bleeding by the side of the road. While Victoria”s reaction to the news of David being alive will be interesting to see, and likely just a little heartbreaking, Emily will have to deal with a violent onslaught of emotions when she learns that her father didn”t die like she thought. On one hand, she”s relieved to have him still in her life, the tether that could keep her tied to her life as Amanda Clarke; on best online casino the other, his death was the thing that pushed her to dedicate years of her life to bringing down the Graysons. He”s the reason that she”s the monster she is today and though she might love her father, looking him in the eye might be too much to handle when she knows that he”s what ruined her life.

In addition to his time on the defunct NBC medical drama, Tupper has appeared on the likes of Grey”s Anatomy, Resurrection, and Men in Trees. He isn”t the only Revenge player to receive a bump in status, as Karinne Vanasse was named a series regular after recurring this past season.

The fourth season premiere of Revenge is set to premiere this fall on ABC.

Are you excited to have David Clarke as a series regular for Revenge“s fourth season? How do you think the show will explain him being alive and hanging back for the past three seasons? Will Emily”s revenge be targeted toward her father once she learns of his deception?