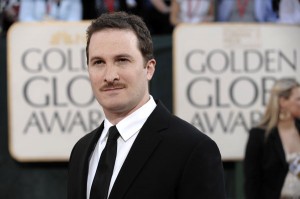 HBO is adding yet another novel-based series to its library (no pun intended) with a new adaptation under the direction of Darren Aronofsky, TVline reports.

The Black Swan director is reportedly working on MaddAddam, based on three Margaret Atwood novels – Oryx and Crake, Year of the Flood, and MaddAddam.  The series, like the books, takes place in the mid-21st century – a dystopian setting – where corporations hold the power governments once boasted, and genetic modification is the norm.  The action takes place both before and after a cataclysmic event that decimates the world’s population.

Aronofsky is slated to executive-produce the drama through his own Protozoa Pictures alongside Brandi-Ann Milbrat and Ari Handel.  He may also direct.

Have you read the books?  Are you excited for a series?