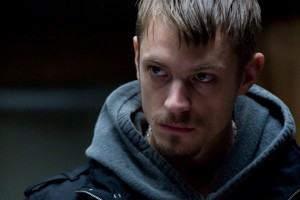 Netflix has announced that the fourth and final season of The Killing will be released Friday, August 1st. The troubled crime drama, which was canceled by AMC twice over the course of two years, will finish out its run with a six-episode season that finds Holder and Linden investigating a murder at a military school.

It should be interesting to see not only how the show folds Linden back into the police world after she gunned down Skinner at the end of season three, but how Linden conducts herself out in the field. No matter how cold and jaded someone is, experiencing death on that level and being responsible for the end of someone’s life carries a great emotional impact and unless the show employs a time jump, Linden will be carrying her guilt throughout season four. With a case featuring boys about her son’s age, her obsessive tendencies could threaten to swallow her up, but if Linden is able to keep control and compartmentalize her feelings as best she can, this might end up being a good case for her to go out on, as she’ll be able to exorcise some demons and leave the field with her sanity and sensitivity still in tact.

Joining the cast of The Killing for season four are Tony winner Joan Allen (The Crucible) as Margaret O’Neal, the head of the military school Holder and Linden investigate; Sterling Beaumon (Red Widow) as Lincoln, a deeply troubled boy with anger issues; Levi Meaden (Almost Human) as AJ, an overachieving student at the military school; Tyler Ross (V/H/S/2) as Cameron, the black sheep of a well-connected family; and Frances Fisher (Resurrection) as Linden’s mother.