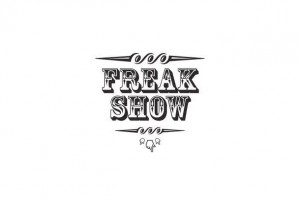 American Horror Story creator Ryan Murphy has confirmed that the fourth season of the FX anthology will be titled Freak Show, following in the footsteps of Murder House, Asylum, and Coven. Additionally, Entertainment Weekly reports that Jessica Lange, in what will be her final season with the show, is set to play a German ex-pat managing one of the last freak shows in existence; Sarah Paulson, Kathy Bates, Evan Peters, Angela Bassett, and Frances Conroy are all confirmed to return, while Emma Roberts and Denis O’Hare are in discussions to appear on the Emmy-winning series for their second and third season, respectively.

Season three of American Horror Story, which wrapped earlier this year, was a decided step down from American Horror Story: Asylum and proof that a fantastic concept doesn’t automatically mean a season will have coherency, forward narrative momentum, or dramatic tension. With its cast bursting at the seams and soon becoming too large to competently service, Coven proved to be muddled, aimless mess that wrote itself into a corner by not clearly defining its universe and opted to treat death as nothing more than a minor obstacle rather than an end, one of the greatest sins a horror series can make. If Freak Show is to be the bounce back season that the show needs, the season to keep it as the pop culture watercooler show that it’s been for three seasons, it has to learn from the mistakes of Coven and balance its love of horror tropes and campy one-liners with the fundamentals of running a television show. If it doesn’t find its footing, though, American Horror Story might face the scariest thing of all – cancellation.

American Horror Story: Freak Show will begin production this summer for a fall premiere on FX.